We all hate pop-ups, aren’t we? Especially those pop-ups that try to sell you something.

CCleaner is one of the best PC cleaners on the market and it’s free. If you just installed CCleaner 5.44 (or a later version) on your Windows PC, you’d probably come across this “CCleaner Summer Sale” pop-up, like this: 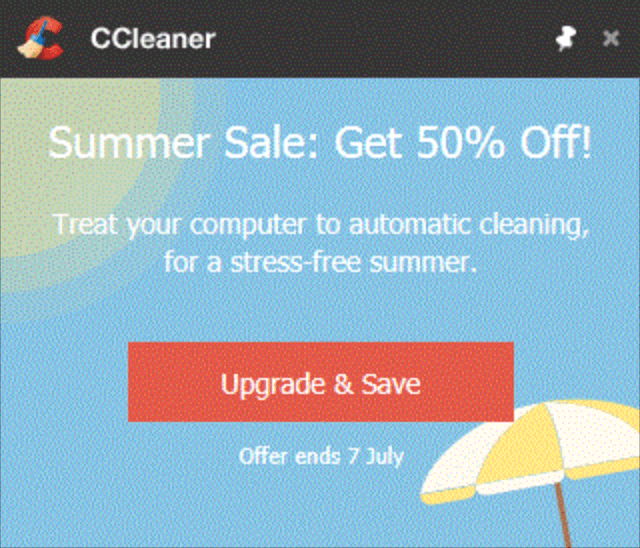 Well, you are not alone. There are many other CCleaner users seeing this same commercial “offer”. Take a look at this thread from Piriform Forum.

Note though, Piriform (the maker of CCleaner) was acquired by Avast back in 2017.

Since then, CCleaner has been through some major changes such as pricing structure. it’s no brainer that Avast is trying to monetize this free program, to the best they can.

My gut tells me this somewhat intrusive pop-up is part of their monetization efforts, which is totally fine from a business’s perspective.

However, I have to say it’s not so user-friendly. Luckily, there’s a way to stop this CCleaner pop-up (along with some other pop-ups) and in this article, we’ll show you how.

Step 2: After installing CCleaner on your PC, open it and click Options from the left panel. 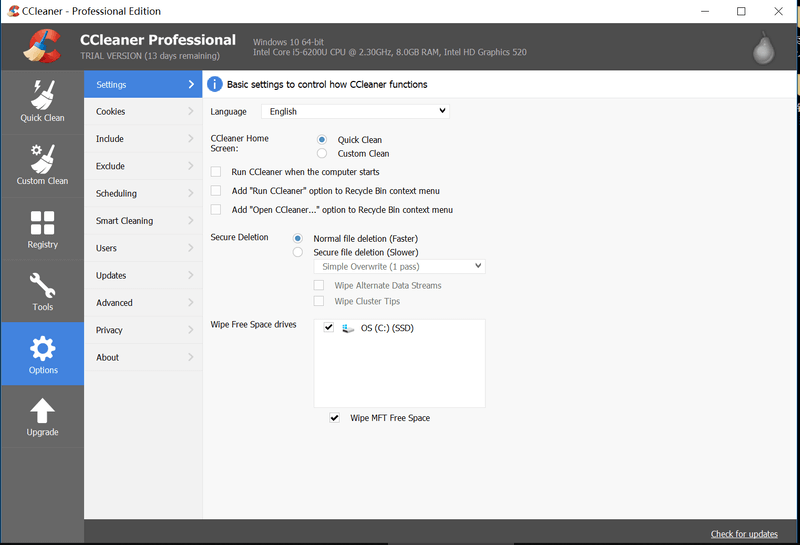 Step 3: Switch to Privacy tab, and uncheck the Show offers for our other products option. 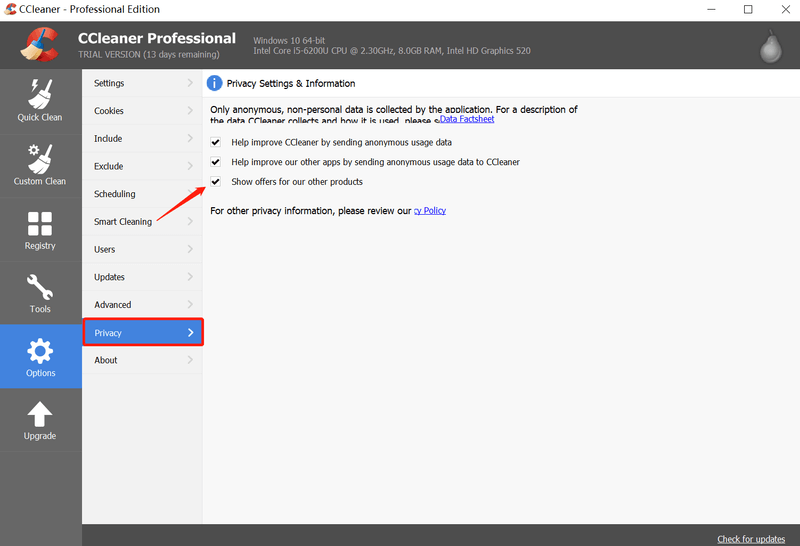 That’s it, now say goodbye to the “summer sale offer” popup on CCleaner, you should not be targeted.

Stop Other Kinds of Pop-ups in CCleaner

CCleaner has also many other kinds of pop-ups which can appear on the lower right corner. If you want to disable all these pop-ups, here’s how to do it. 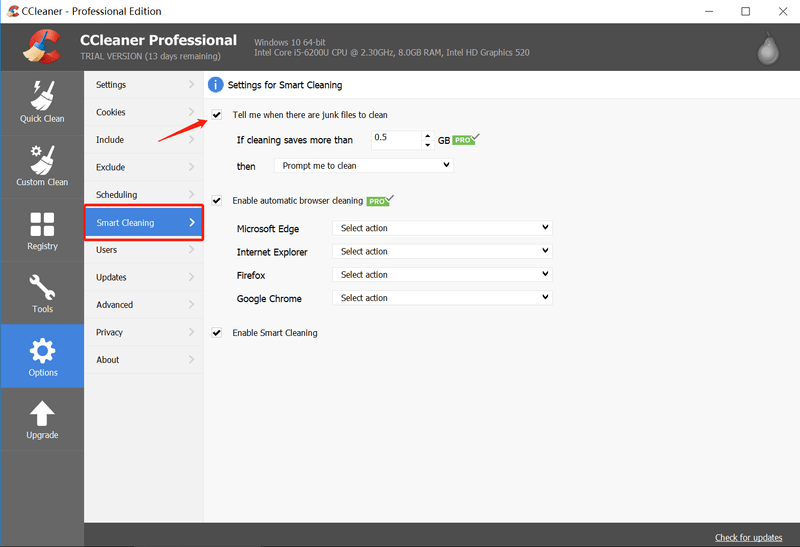 Step 2: Click the Updates tab and uncheck the following options:

Step 3: Click the Advanced tab and uncheck the following options:

That’s it! Now you should stay away from all CCleaner pop-ups.

I like CCleaner and its sister program Recuva, they are two of my favorite programs that have been installed on my PC for years. Their maker, Piriform, was a great company. It’s sad to see they were acquired by Avast two years back.

Monetizing a program with intrusive pop-ups seems to be a legit and popular marketing tactic, but it should not hurt user experience. While I was reading that Piriform thread, many users complained that initially there was no way to close the pop-up unless you click on it. This is definitely a tricky tactic.

If you dislike CCleaner, there are some free cleaning apps out there such as Bleachbit. Paid alternatives such as CleanMyPC is also a nice option.

Influenced by the startup culture in the Silicon Valley, Jessica loves building things from zero to one and is keen on following news related to the Big Five tech giants and many SaaS startups.