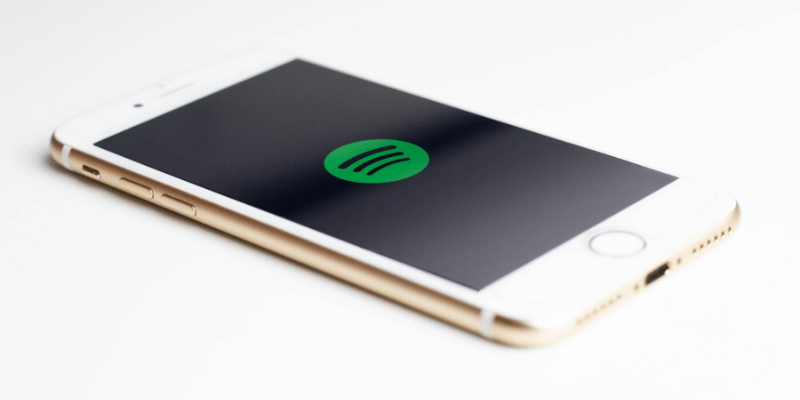 So you want to listen to tunes, but you’re getting sick of using Spotify. Lucky for you, there are many great alternatives out there.

This guide outlines the six best Spotify alternatives and lists what makes them so great. Each has its own unique features that can be better than Spotify, and they are all capable of providing you with hours of great music.

Let’s take an in-depth look at each one, and explore why they might be for you. 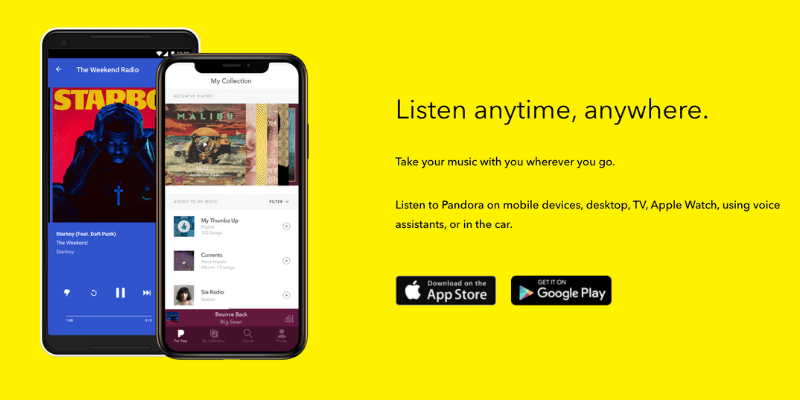 Pandora is the most widely known internet radio service, and it has been around for a very long time now. That makes it one of the best Spotify alternatives out there. Pandora has all of your favorite artists, and when you choose the songs you want to hear, it will cycle through similar songs and artists on a station, giving you music they think you will like based on your picks.

While the radio style of Pandora is different than Spotify, it can often be a better experience. You get to hear the music you love, and oftentimes you’ll learn new bands that play similar music. That can lead you to expanding your music library, which is always a good thing! 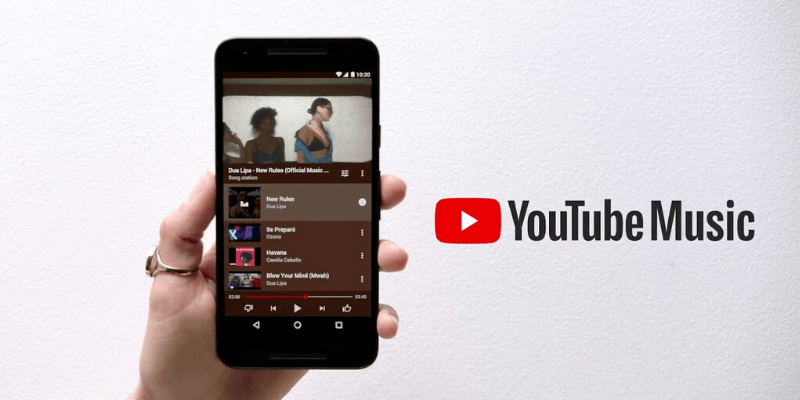 YouTube Music is very similar to Spotify, and yet it is quite different as well. Here, you can select songs you love, and then create playlists of all of your favorite bands. YouTube’s algorithms are very good at figuring out what kind of music interests you based on your previous plays and search history, which makes the recommended music spot on.

One of the more awesome parts of YouTube Music is that, not only does it offer studio recordings and albums, but you can listen to live performances as well. If you want more than just the listening experience, watch the full music videos on YouTube Music. You can also download songs straight on your device for offline play. 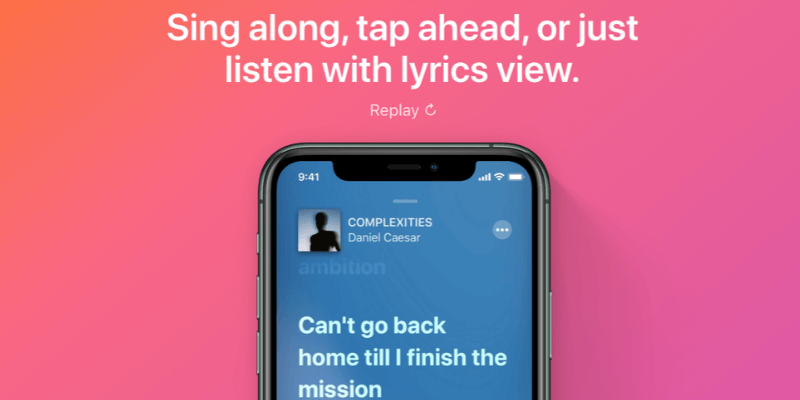 Apple Music now boasts a music library of 60 million songs! That’s insane, and shows you just how much diversity they have. In addition, Apple also has exclusive deals with artists where you can only hear some music from their service.

You have the ability to download songs and play them even if you’re offline. That’s a great feature for those who work a lot. Lyric view allows you to follow the song along while reading or singing the lyrics, letting you know that it is a “bad moon on the rise” and not a “bathroom on the right.” Apple Music is the go-to app for many iPhone owners. If you aren’t on this bandwagon yet, time to jump on! 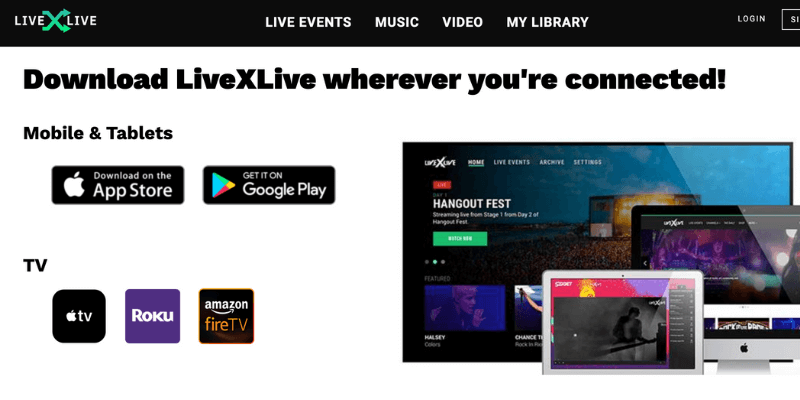 This app, formerly known as Slacker Radio, has been rebranded and got a nice facelift. Not only can you use it to listen to your favorite artists, albums, and songs, but you can catch a peek of their live performances to see how well they do while on the stage. LiveXLive is also free, which means you won’t have to spend a lot to get their content.

Watching the live performances is the big draw of this streaming app, but it has plenty of other features as well. You can go beyond music here and catch the news or hear the latest scores of your favorite sports teams. You can also buy a subscription to unlock more songs and albums. However, the free version of LiveXLive is more than sufficient. The stations on LiveXLive have a little bit of everything. It does not matter if you are a metalhead or love country music, they are sure to have something you enjoy. 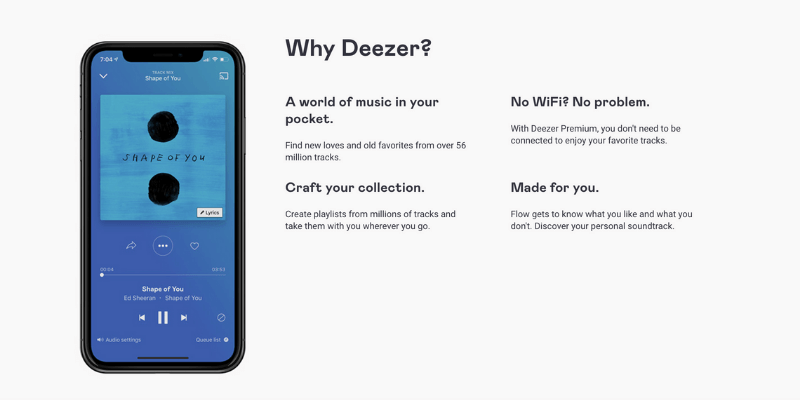 Deezer is a name you may not have heard before, but you should definitely pay attention to their service. Deezer is a music streaming app that puts an emphasis on downloading songs and playing them offline. Given the massive 56 million song catalog, you have plenty of choices for what songs you wish to listen to.

Deezer is available on pretty much every platform you can imagine, which means you can take your music with you at home or on the go. If you go with the premium (paid) plan, you will be able to disable all ads and skip songs that you don’t like. You can create custom playlists of your favorite songs so you know that no matter what, your tunes will ring loud.

Tidal, unlike all other music streaming apps, puts an emphasis on high fidelity audio. If you are an audiophile, we cannot recommend Tidal highly enough. Tidal features over 60 million songs, meaning you will be hard pressed to go through all of the songs that are on the service.

Another cool feature of Tidal is that famous artists can put their own playlists on the service. Ever wonder what Beyonce listens to? Just check out her playlist and you can listen to the same songs that give her inspiration. Tidal also puts an emphasis on getting to know the artists with interviews, live performances, and more!

Spotify is the undisputed king of the music streaming space, but these contenders all deserve a look as well. Don’t discount the smaller brands either. They all have great features and their own unique take on music streaming. No matter which of the six above you decide to try, we are sure you’ll be happy.

Have you moved on from Spotify? If so, why? Let us know in the comments below!

How to Add Gradient to Text in Adobe Illustrator

How to Add Fonts in Adobe Illustrator

How to Add Bullet Points in Adobe Illustrator

How to Add Bleeds in Adobe Illustrator

How Much Does a Decent Drawing Tablet Cost?

What are the Minimum System Requirements of FL Studio?

How to Fix Firewall May Be Blocking Spotify Error

How to Stop Spotify from Opening on Startup Mac

How to Fix G Suite Profile Picture Not Saving