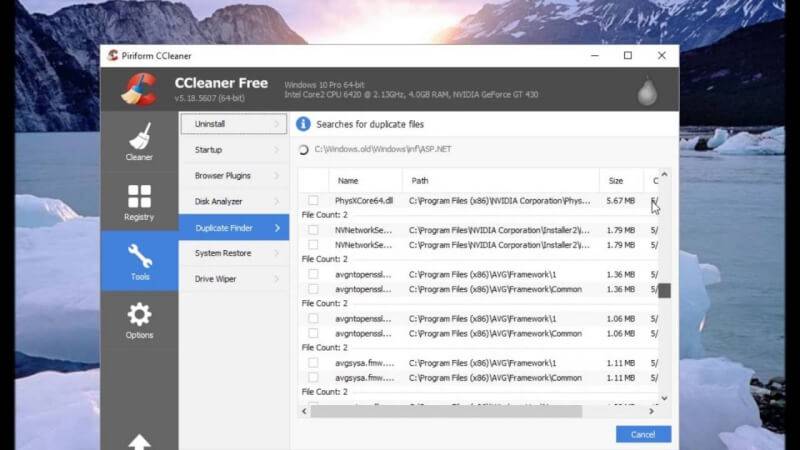 CCleaner is an awesome free PC cleaner utility for more than a decade. We especially love one of the features — Duplicate Finder, which can quickly locate those duplicated files you probably will never use.

But, the question is: is it really safe to remove duplicate files found by CCleaner?

No, do not blindly remove duplicate files found by CCleaner unless you know what you are doing. And it’s better to have a backup of your computer before you do this.

In fact, not just CCleaner, you shouldn’t “trust” any duplicate finder that much. Because a file that’s a duplicate doesn’t mean it has to be deleted.

And there may be tons of other non-duplicates that deserve to be deleted, e.g. large old files, unused third-party programs, etc.

But if after manually reviewing those duplicate files found by CCleaner, you are certain that they are no longer useful, then it’s okay to go ahead and hit the clean button.

The Duplicate Finder Feature in CCleaner

CCleaner is a powerful utility suite that’s downloaded millions of times (according to Piriform, later acquired by Avast).

The Windows version has a feature called Duplicate Finder (under the Tools tab) which is designed to scan duplicate files. However, it is not intelligent yet to determine which files are useful and which can be safely deleted.

Note: the Duplicate Finder feature isn’t available in CCleaner for Mac, it’s only available in the PC version.

So you should beware that some of the duplicate files that CCleaner found may have legitimate reasons to exist on your computer and if you delete them incorrectly, your computer can be unbootable (in the worst case)!

Why Does My Computer Have Duplicate Files?

There are many reasons why duplicate files can exist on your computer like Leo said:

Bottom line, many of the duplicate files are necessary for the programs and applications to operate, so you don’t need to worry too much about how to remove all of them from your computer – just by freeing up a bit disk space, not worth it!

If you attempt to delete those duplicate files, consequences can occur. For example, an application misbehaves, and at worst deleting a critical file out from underneath the Windows system can render it unbootable.

Which Kind of Duplicate Files Can I Delete Safely?

Despite that, it is probably okay for you to delete those types of files:

Before you delete your personal files, do check twice and make sure they are the same. Sometimes files may have the same filename but different content.

Also, it’s super important that you make a data backup of your computer just in case.

Learn to use the filter feature within CCleaner, because the program allows you to set File Finder to exclude all other files in its folder or parent folders. This tutorial has more.

That’s all the things you need to know about removing the duplicate files found by CCleaner. In a word, if you are 100% certain about what you are doing when deleting the files, then go ahead. Otherwise, the safest way is to always review the files carefully before you take action.

Remember to back up your PC data all the time!

1 thought on “Is It Safe to Remove Duplicate Files Found by CCleaner?”