Have you ever wondered how some photos manage to combine two images into one artsy shot?

Unless you’re a film buff recycling 35mm old film, taking a photo over another photo at the exact place you’d want is rather hard.

Developing film and praying for the best is not only uncertain but also expensive–and at the moment, your iPhone doesn’t have a built-in ability to combine or double expose photos.

Luckily, you can still achieve this neat effect with a few third-party methods and skip the hassle.

What Is a Double Exposure?

You may be wondering, what exactly is a double exposure? In photography, superimposing two or more exposures so that they overlap each other at different or similar exposure values is what achieves the effect of multiple exposures.

Simply put, double exposure is when two images are blended to make one image.

Typically, to create a double exposure, all you have to do is set your digital DSLR camera to Multiple Exposure mode. From there, you can choose to either shoot a new first layer or select one from your camera’s storage.

The result is a second layer shot. Here’s how a picture shot with double exposure might look:

There are two different uses for double exposure. The first can be seen above, where the double exposure combines two photos into a single image for an artistic effect, and a silhouette is filled with a pattern.

The second use for double exposure would be creating multiple instances of a person in one picture.

As you can see from the example below, you can capture people in the same location at different times in a single photo.

If you’re looking to combine two photos without creating a double exposure, it is easier to make a collage.

For example, combining two pictures into one is achieved easily: All you have to do is place them side by side.

This can be done in Photoshop Mix: Import both photos as layers while using your fingers to position them as wanted, then export the image. Below is an example of two images in one photo look without double exposure. 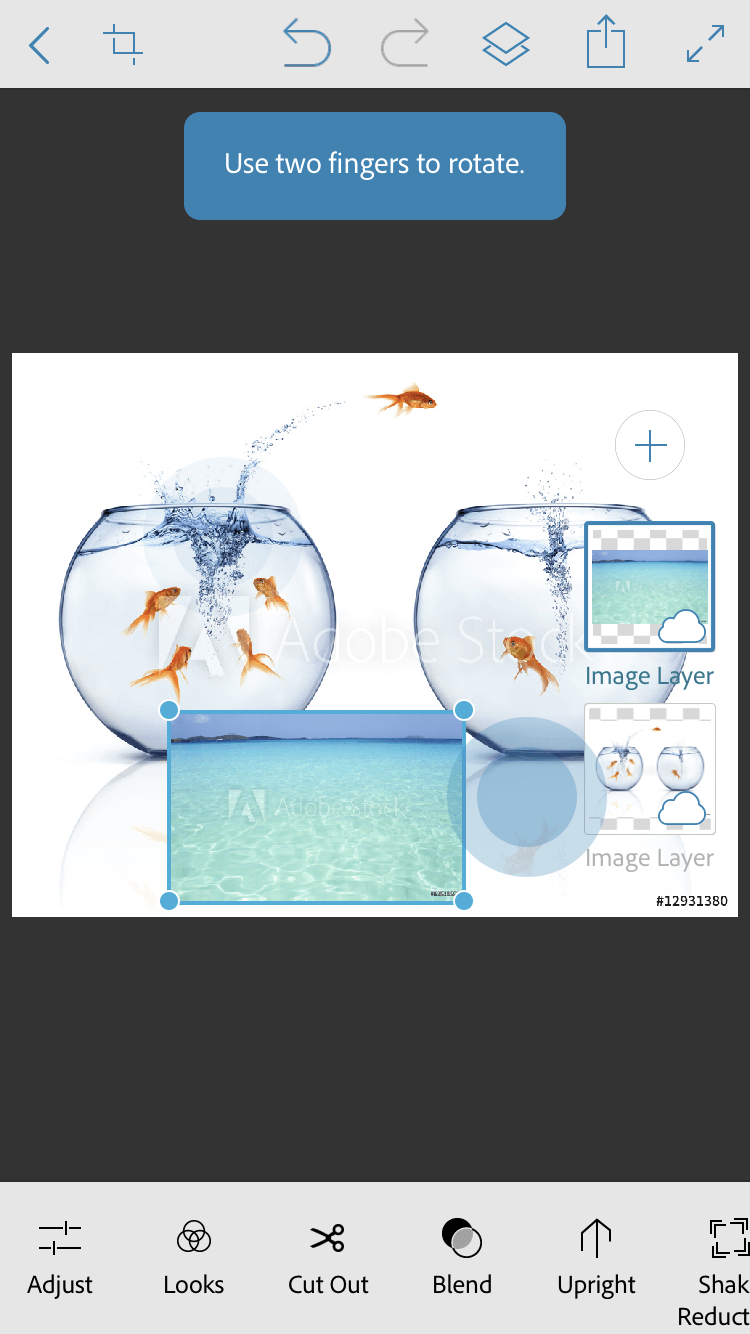 However, do take note that unlike other apps, Photoshop Mix requires you to create an account with Adobe before you can use it.

Signing up for an account is free; it’s worth creating one. 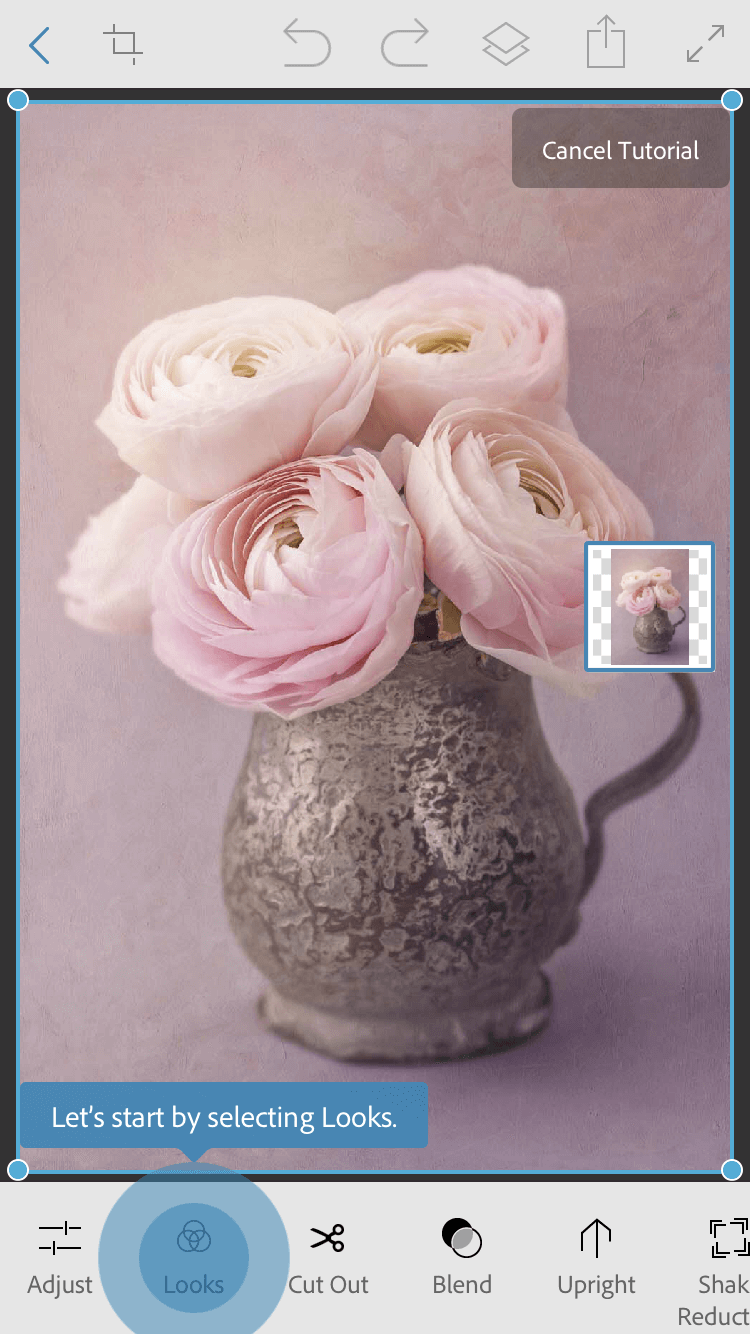 Next, tap on the image that you wish to blend into the photo. Select the mode ‘Portrait’ under the section ‘Looks.’ 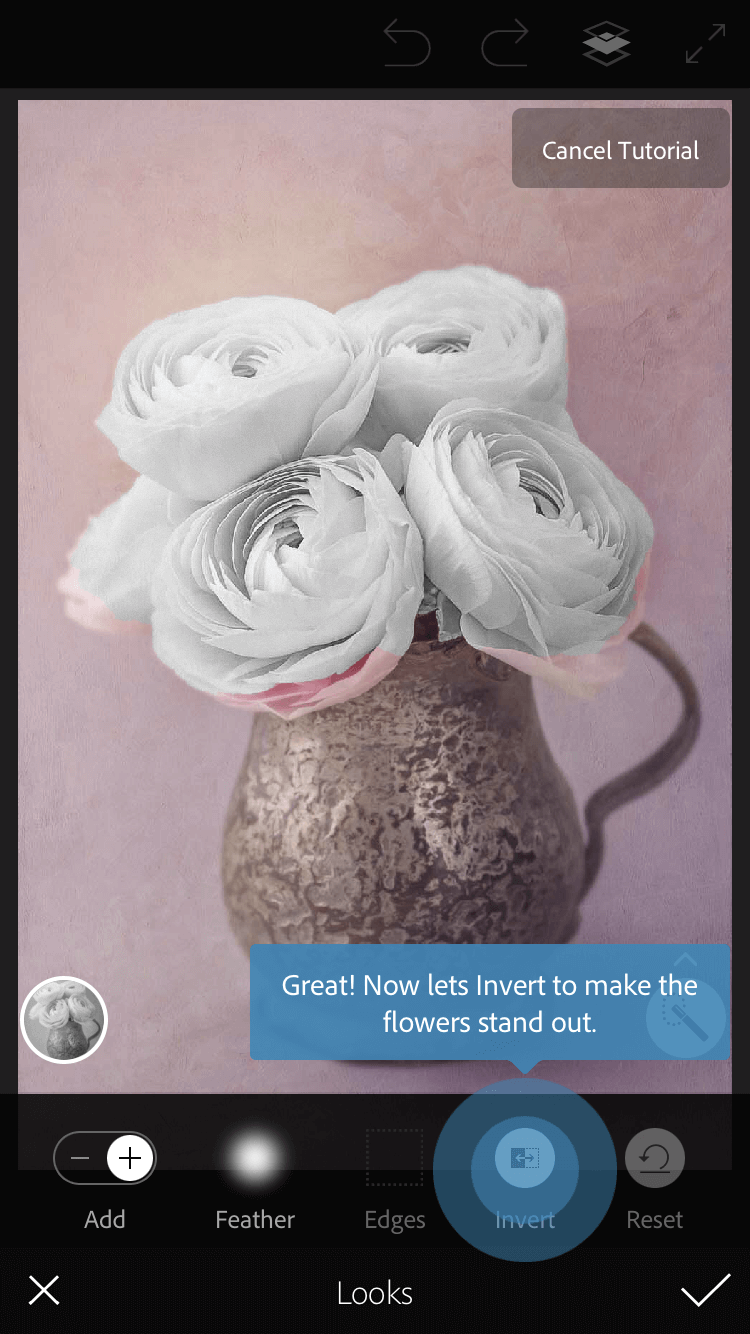 You can then choose the parts of the image that you’d like to stand out, and use your finger to color over them. Next, tap ‘Invert’ to make the flowers stand out. 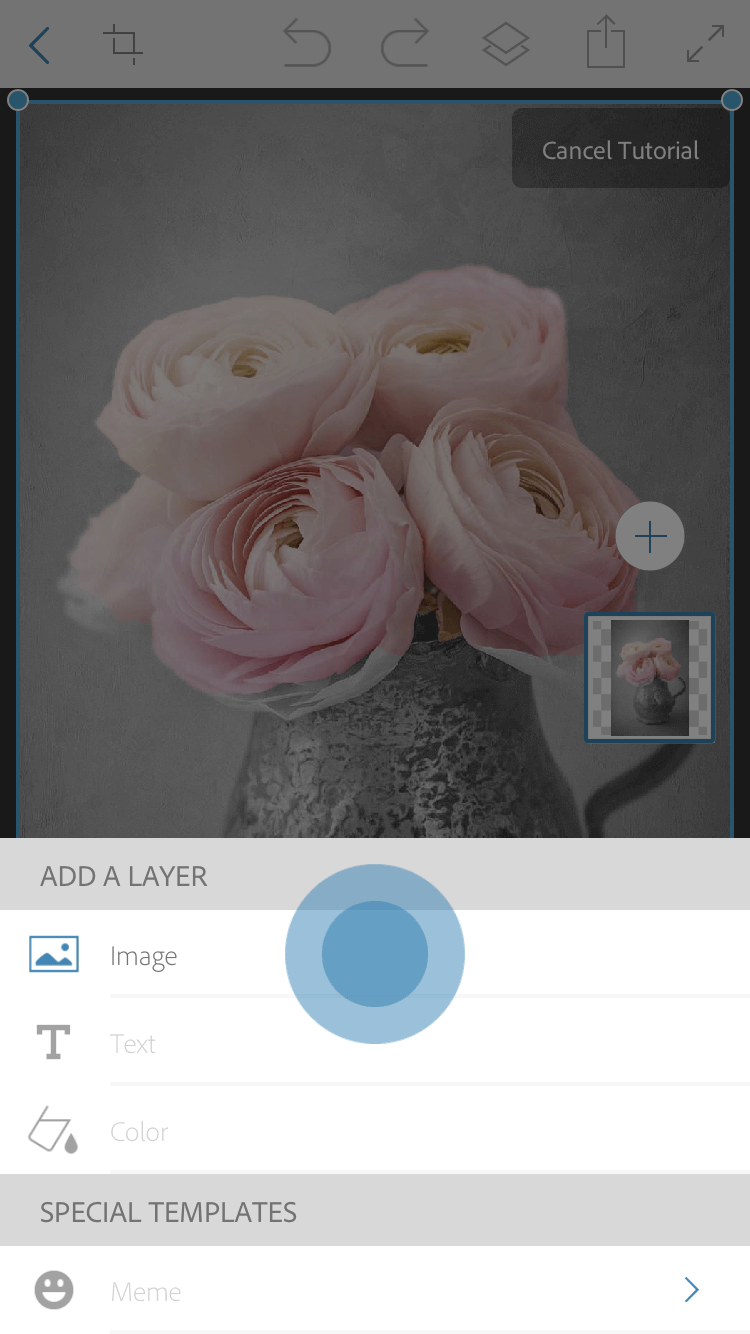 After making the subject in your photo stand out, select the ‘+’ sign to add your second layer.

This will be your background image. I recommend you choose a photo that is plainer in order to make your first layer stand out. 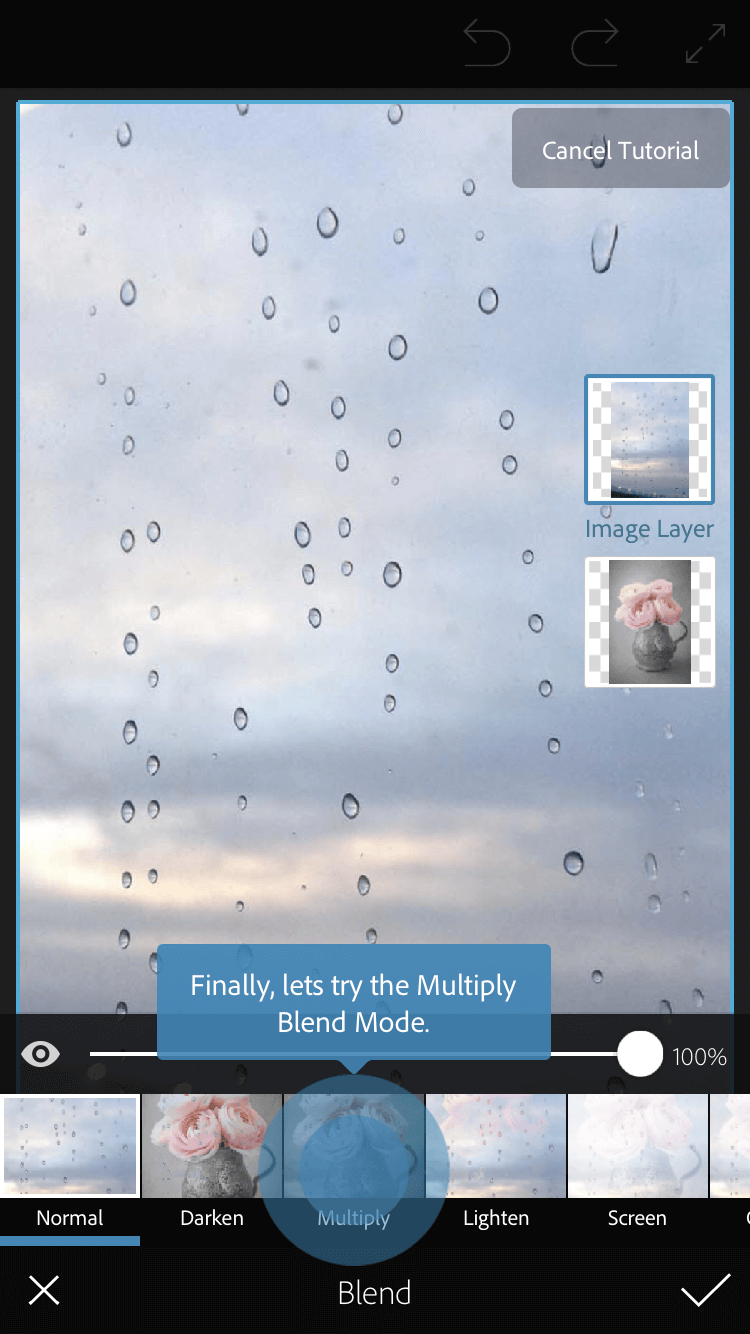 Next, choose ‘Multiply’ under the ‘Blend’ mode. This will create the double exposure effect. 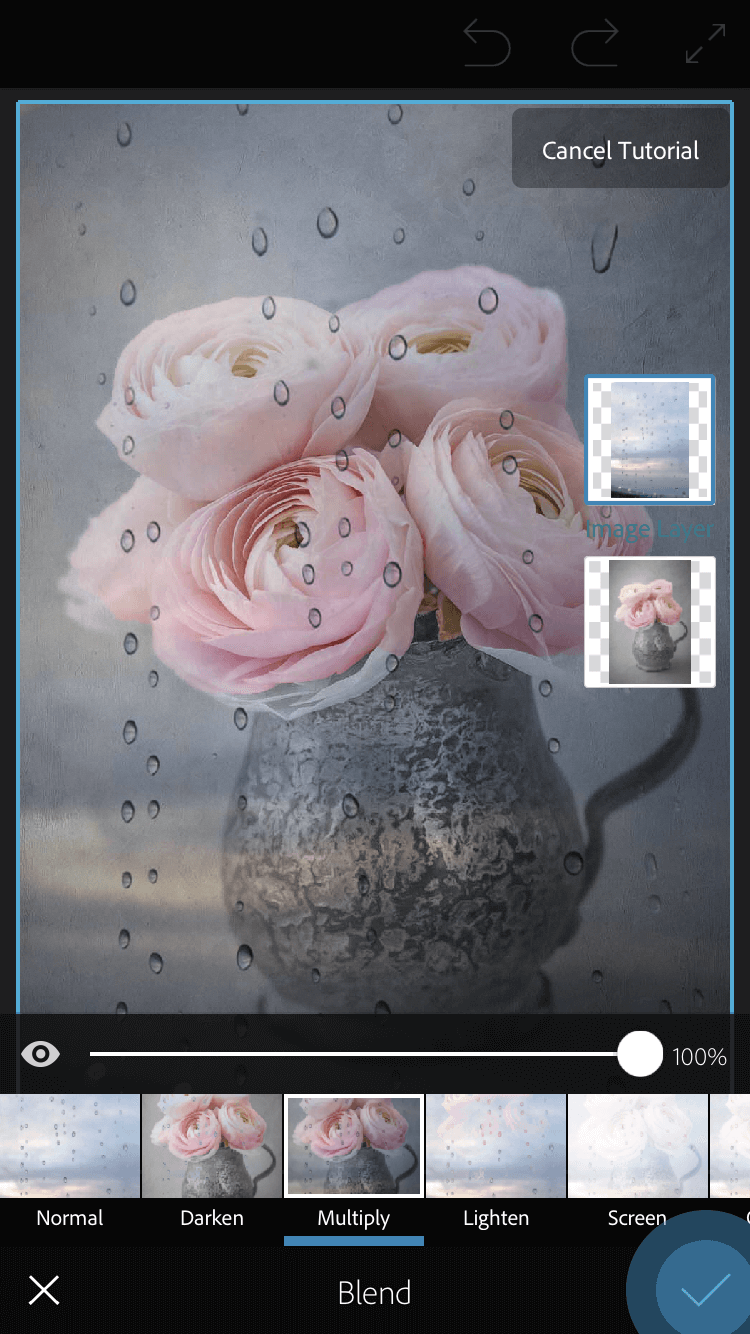 Here’s the finished image! Below is another example using stock photos of a goldfish bowl and the ocean. 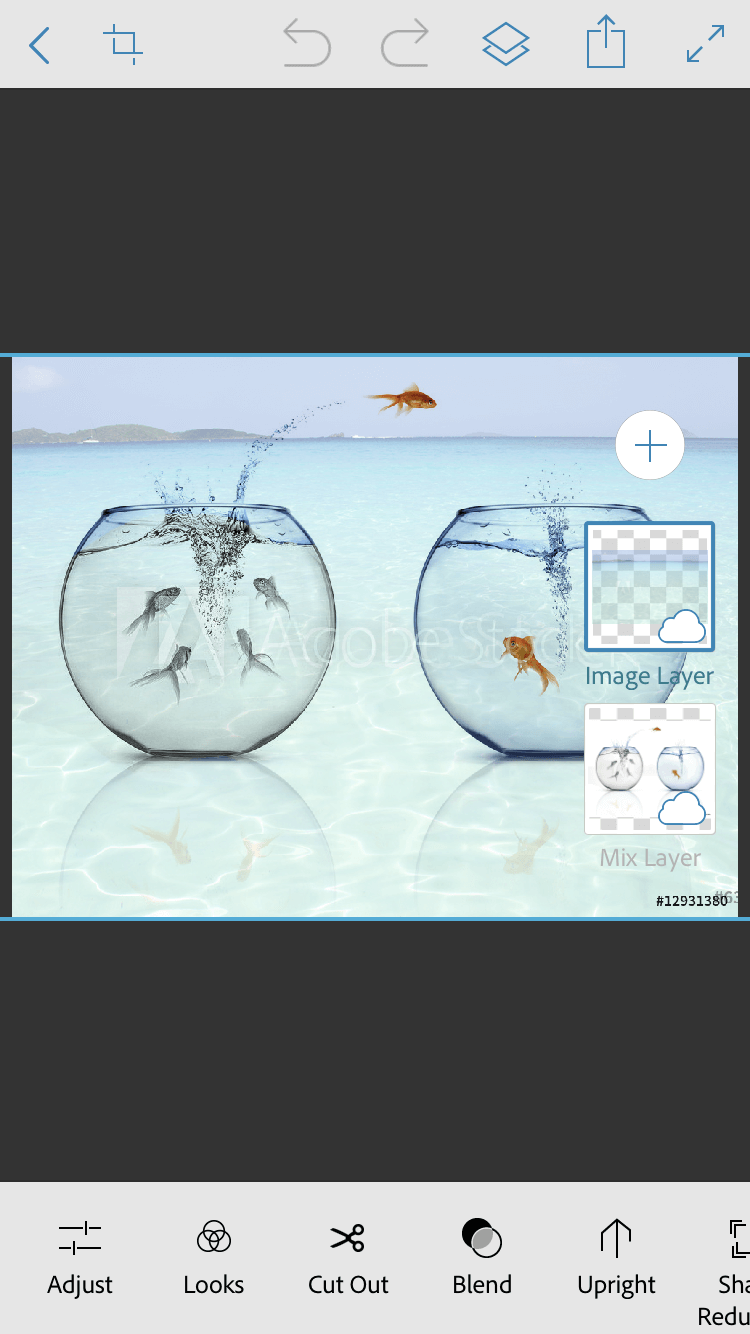 The app is relatively easy to use. There are helpful tutorials built in to guide you before you create your first project. Photoshop Mix is a very user-friendly app. However, if you’re looking for other alternative apps to make double exposure photos, keep reading.

One of the many alternative apps for creating a double exposure is Snapseed.

Snapseed is known to have an extensive array of editing tools, and you don’t need an account to use the app, making it fuss-free–especially for users who don’t want to bother with an Adobe account.

However, one of the downsides of using Snapseed instead of Photoshop Mix is that if the background of your photo isn’t white, it’s a lot harder to work around. I’ll show you how to make it work with the app. 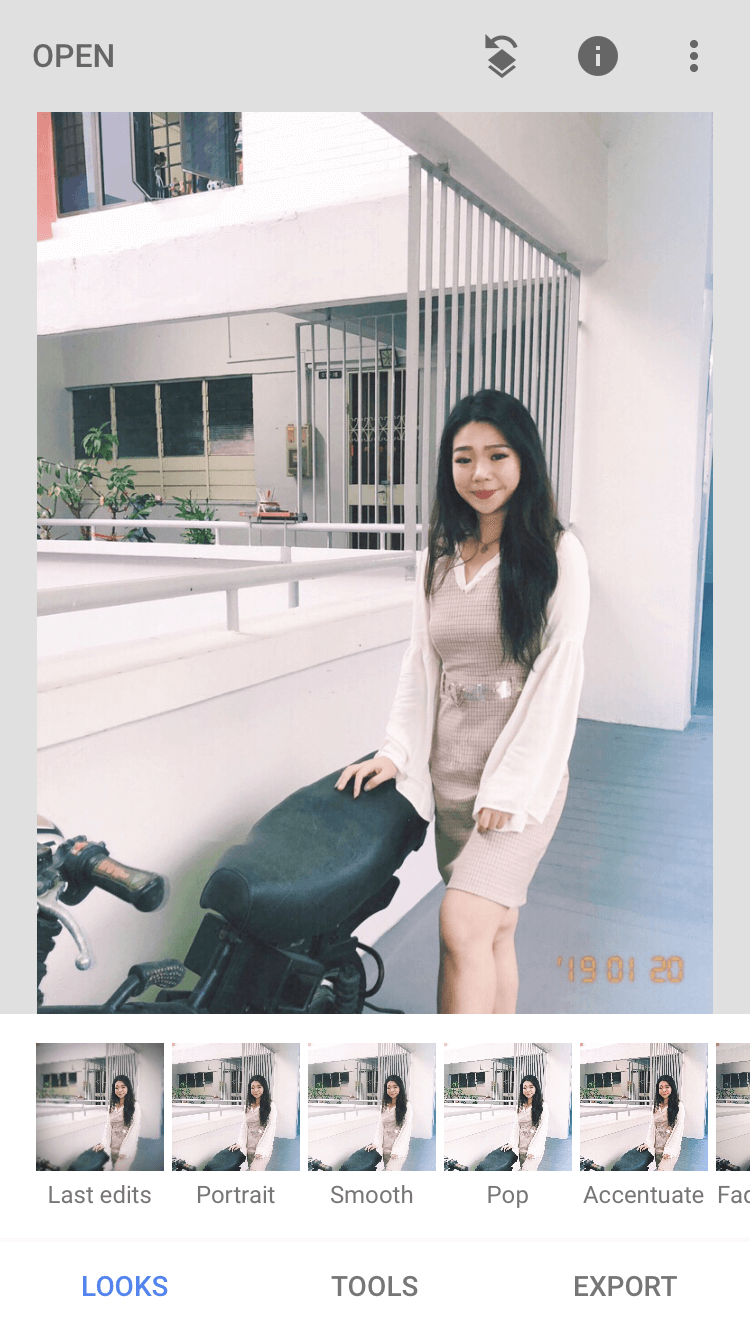 First, load up your silhouette picture in Snapseed. If your background isn’t already white, you’ll have to make it white.

In this case, there are tools for you to remove background objects within the app. 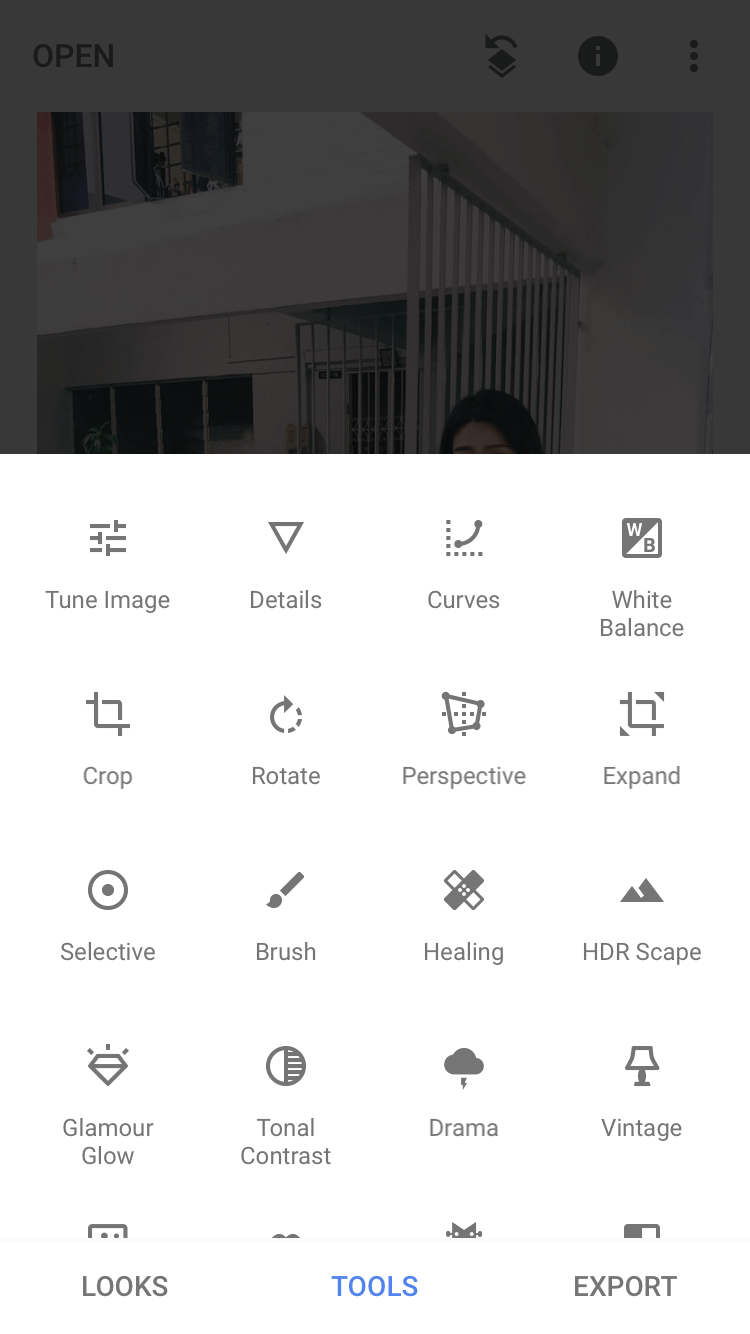 Under ‘Tools,’ choose ‘Selective.’ This helps with adjusting brightness. You can then select the areas you wish to make brighter for aiding in the whitening of your background. 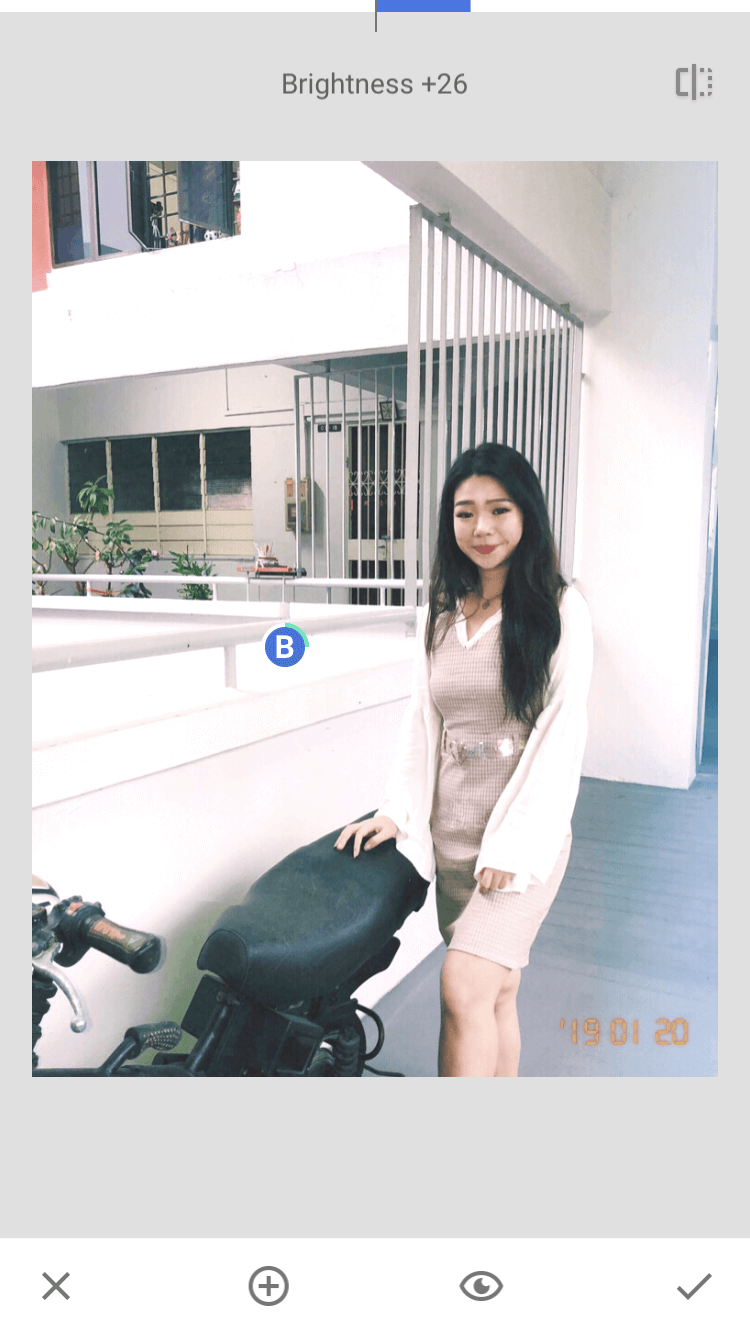 In Selective mode, tap on the plus sign to focus on areas that need brightening, and tap on those areas.

You can adjust the brightness as you like by sliding your finger to the right for more exposure, or towards the left to darken it. 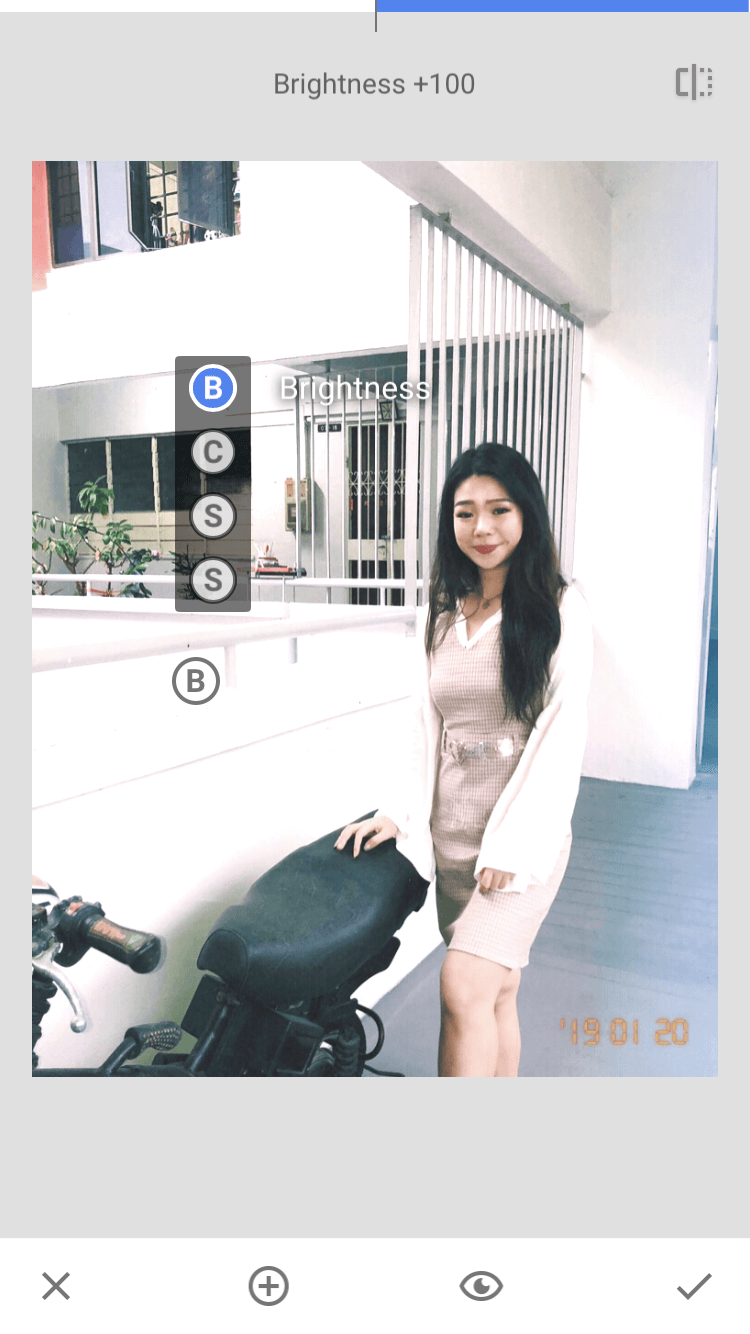 If you slide your finger up, there are also other options including Contrast and Structure. Similarly, you can adjust the intensity as you like by sliding left or right.

Contrast the parts that you wish to keep in your silhouette image for the double exposure and brighten the parts you want as background.

Next, for objects in the background that didn’t manage to completely disappear with the uptick in brightness, go back to Tools and click on Healing mode. 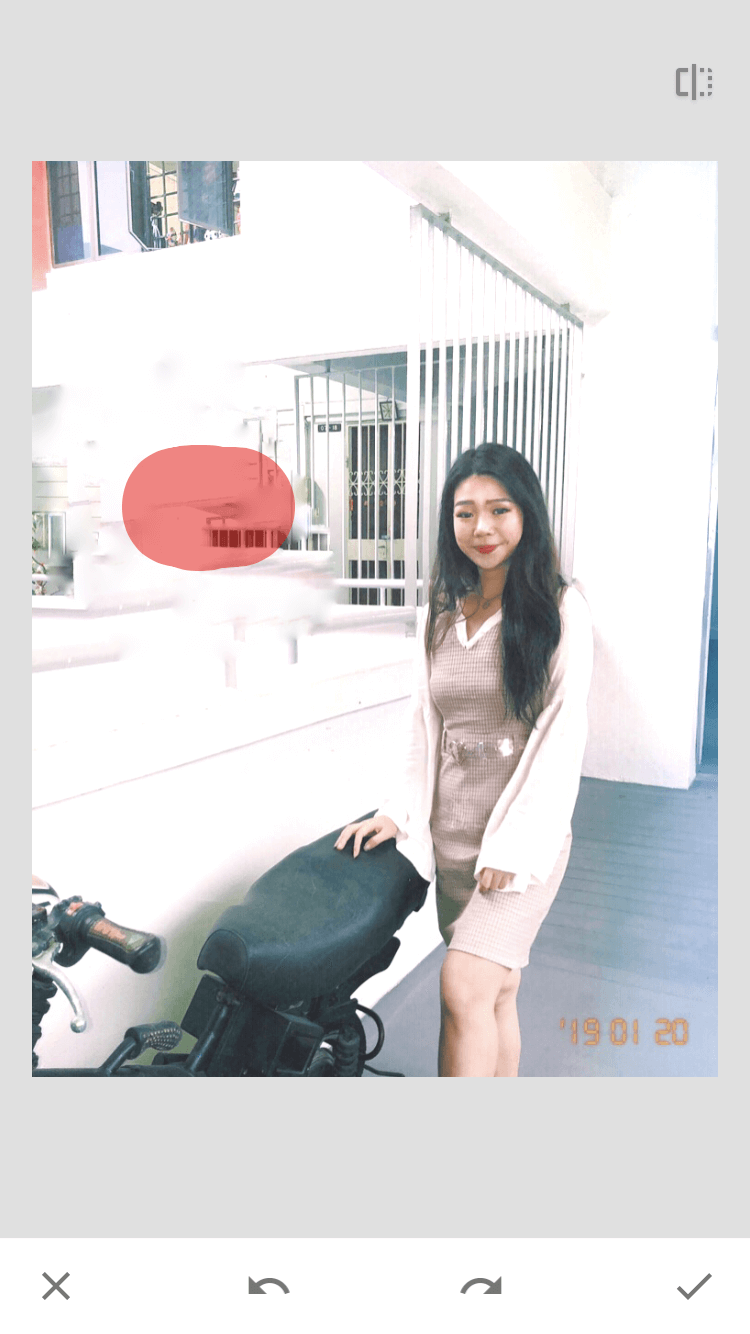 Healing helps to fade out objects for blending into the background.

As we have already overexposed most parts of the image, the Healing tool will make the rest of the objects blend out as white, creating the white background we want for separating the silhouette.

Tap on the parts you want to be gone continuously until a clean background is achieved. 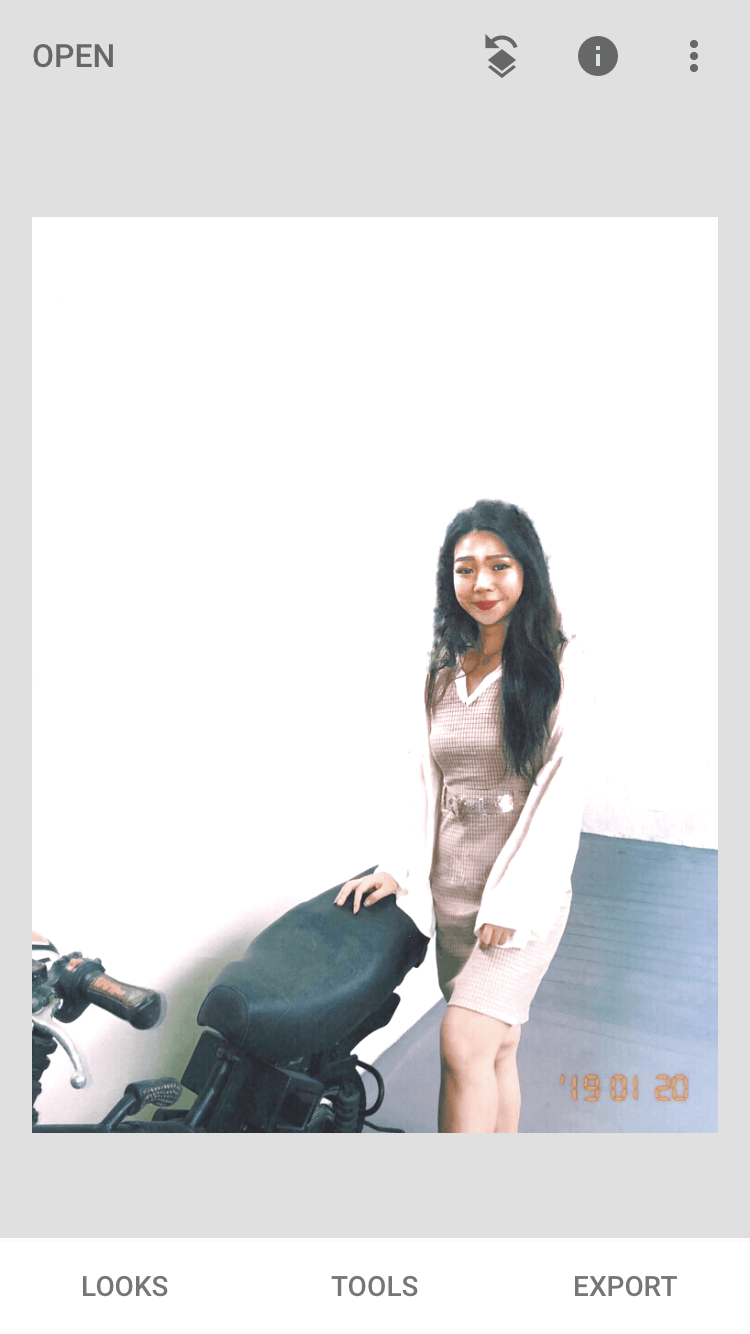 After cleaning it up, your image should look a little bit like this. The next step after making the background disappear is to darken your subject of focus. To do this, tap on Tools again, select Brush, then select Exposure. Set the Mode to around -0.3. 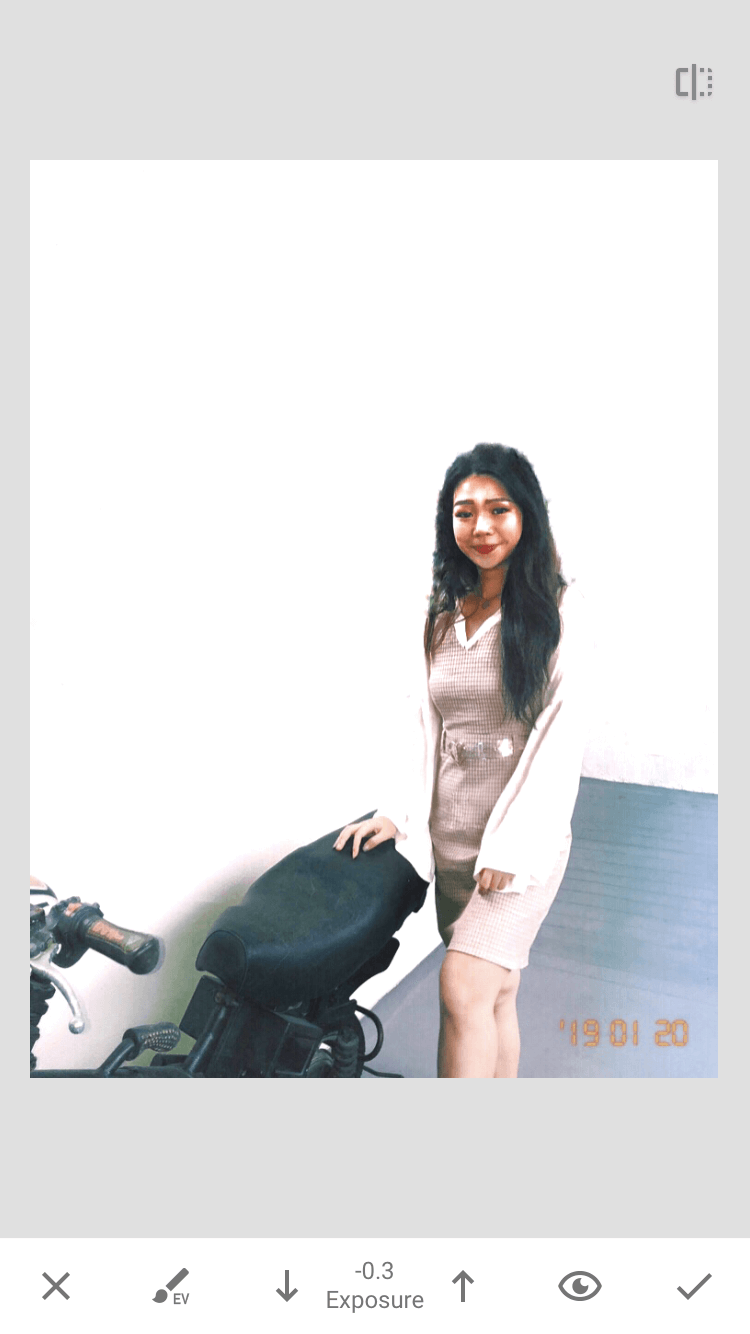 Drag your finger over the area of focus. You can adjust the darkness to your liking or erase any part of the image that was accidentally darkened.

Next, we will layer the background image. Go back to Tools, select Double Exposure mode, and tap on the first option.

Upload your image from your Camera Roll and tap on the second icon for blending mode. 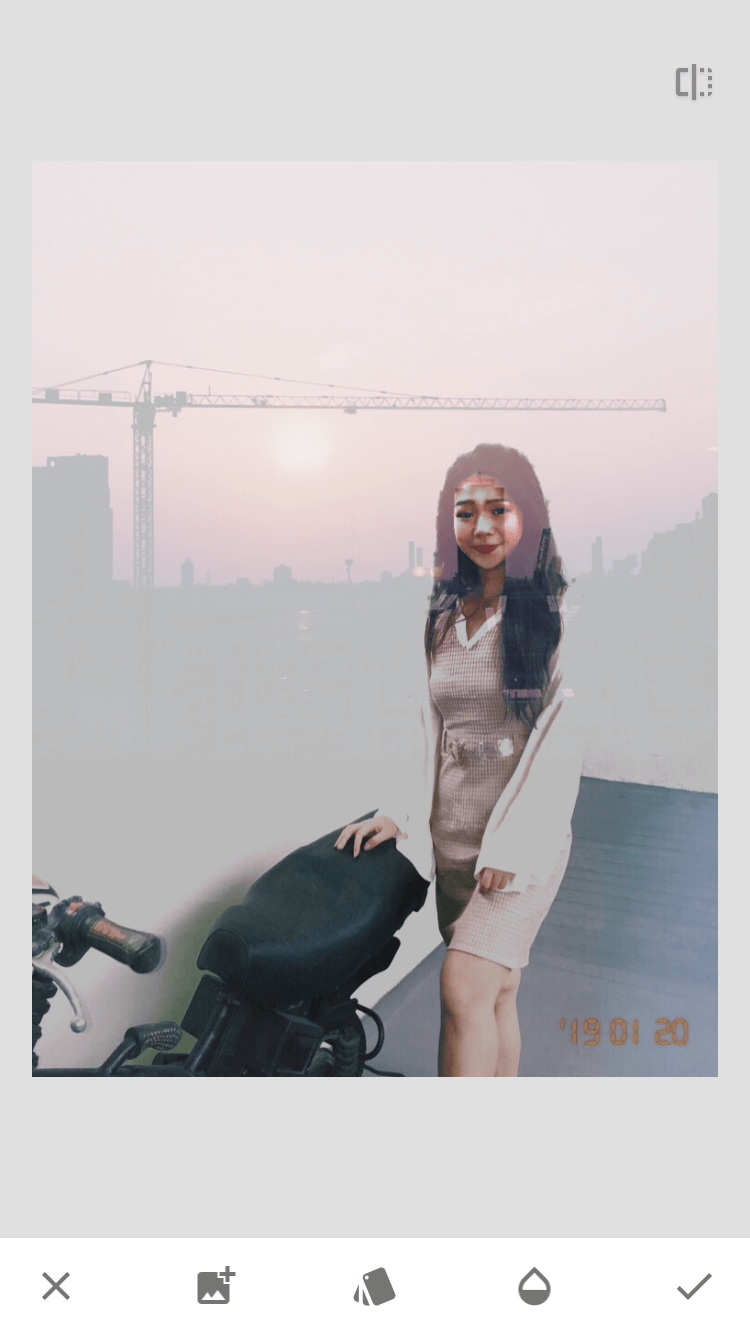 Depending on how you’d like your double exposure shot to look, you can choose to Darken, Lighten, Subtract or Add to your photo. Here’s an example of how it looks below. 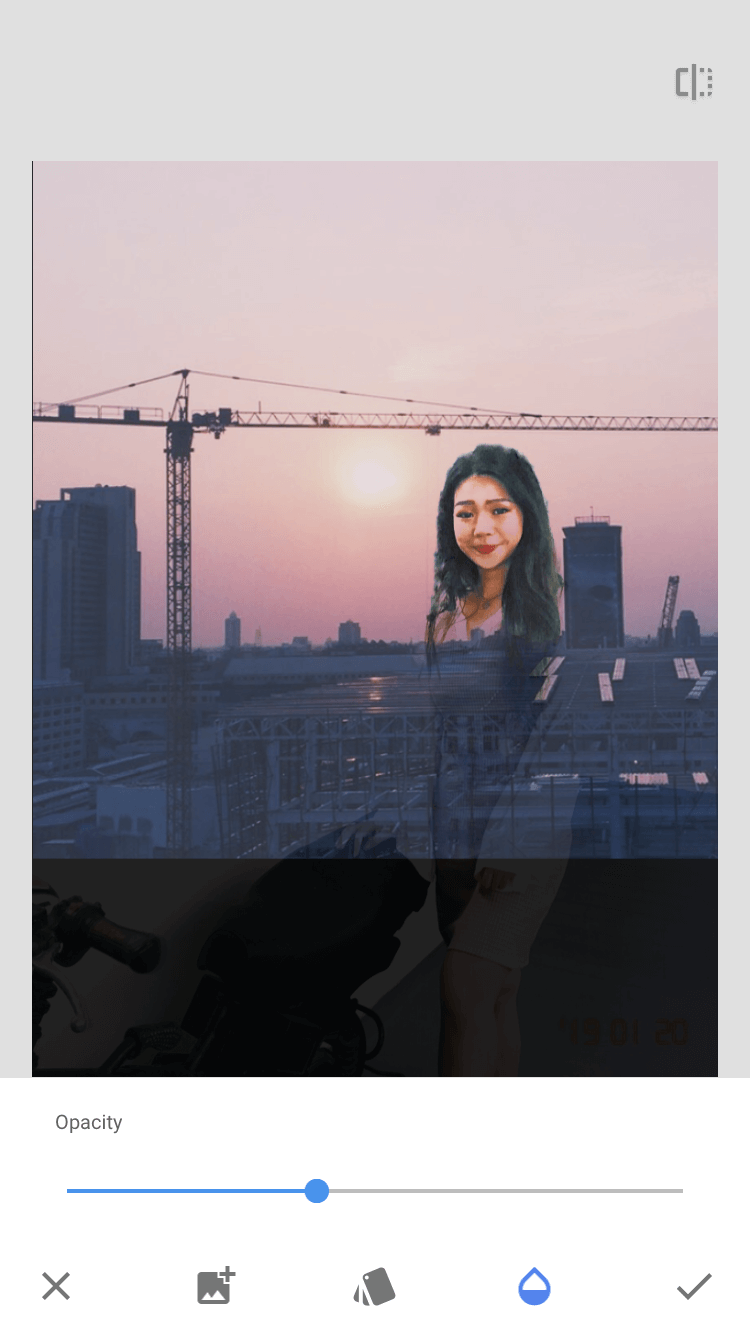 For my images, the Darken and Subtract options were the best. The image above demonstrates how “darken” turned out. You can also tap on the third icon to adjust the level of opacity for your photo. 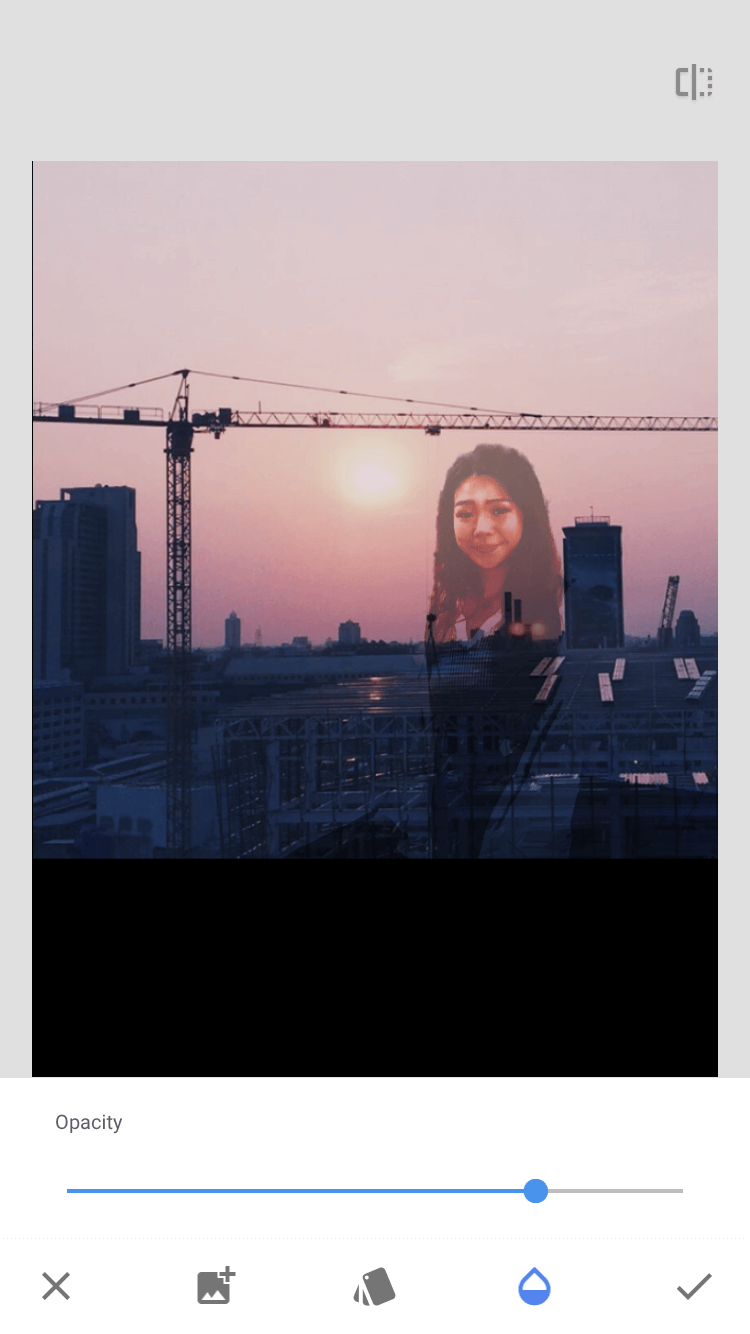 This second image is an example of Subtract. As you can see, the effect is slightly different.

All in all, I found Snapseed to be a bit more taxing to use as compared to Photoshop Mix as there were more requirements to fulfill before you can create a double exposure shot.

However, both apps are just as capable in terms of creating the double exposure effect.

If you find that neither Photoshop Mix nor Snapseed work for you, there are a few alternative apps including PicsArt, PicLay, Airbrush, SuperImposeX, or Over.

If there are any other alternatives that you found to be simpler to use, feel free to leave a comment below. Do share your experience using these apps, and if you have any questions regarding the apps I’d be more than happy to answer them.

While double exposure may seem like a tricky thing to grasp at first, with a little bit of patience and guidance it’s possible to make it work.

Hopefully, it’s a little less daunting to try with this step-by-step guide.

Now, you can unleash your inner artist and play with creative new effects for your photos–all from your iPhone.