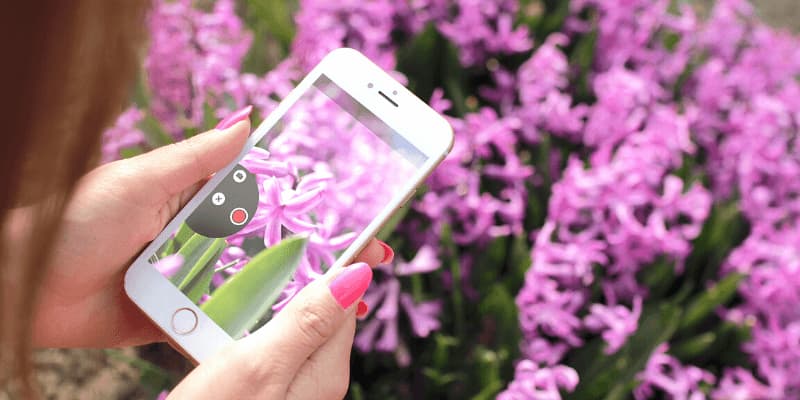 Have you ever wanted to look like an Instagram model, yet ended up taking photos that look like your grandma was the one behind the camera? Here’s a quick way to make your pictures look fancier by blurring the background of your photos. With a little editing, you’ll be surprised at how sleek your photos can look.

Below I will explain 3 different ways this can be done: the portrait mode available on most iPhones, manually creating depth of field, and using apps available for blurring photo backgrounds.

What is Aperture and Depth of Field?

Before taking a blurred background portrait, it’s important to know what aperture and depth of field are.

Aperture is defined as “a space through which light passes in an optical or photographic instrument, especially the variable opening by which light enters a camera.” Think of aperture as the eye or pupil of your camera. As the aperture gets wider, it lets in more light.

As you can see from the template above, aperture is directly proportional to exposure and brightness. A shift in the size of the aperture reflects the amount of light captured in your photo. With a large aperture, the photo becomes overexposed. Similarly, a smaller aperture will decrease light in the photo, making it darker.

So how do these things come together in taking a blurred background portrait? With a professional camera, the shooting modes automatically adjust your camera to create small or large apertures, deep or shallow depths of field. However, your phone camera doesn’t have these same parts and relies on software to create this effect instead. This article will explain how to take great portraits with blurred backgrounds without spending thousands on a DSLR.

When Should You Blur the Background?

3 Ways to Take Pictures with a Blurred Background on iPhone

If you’re an iPhone 7+, 8+, or X series user, you’re in luck (the regular-sized iPhone 7 and iPhone 8 users are unfortunately left out). The iPhone has a portrait mode which automatically adjusts what would be the best and optimal lighting for a photo. This function makes taking pictures with a blurred background easier than before. 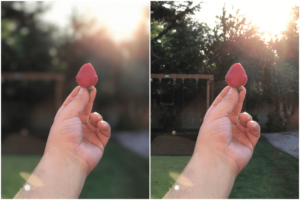 Portrait mode adjusts the lighting for you, and the depth of field is controlled with different settings for aperture. For example, one common setting in portrait mode is ‘natural light.’ In portrait mode, the phone tells you when the settings are too dark, too bright, or if you’re too far away from the object, making it a real-time guide for your photo taking, as seen here:

You can also create a more dynamic effect by adjusting how the object of focus is styled. Notice how taking a picture closer to the subject creates a shallower depth of field, which automatically creates an illusion of dimension to your photo.

There are also other portrait lighting features available on the iPhone 8+ and iPhone X which create the illusion of a professional photograph. The four alternative modes are Studio Light (for highlighting details in a photo), Contour Light (for more intense shots), Stage Light (to shine a spotlight on your object), and Stage Mono (for classic black and white shots). If you prefer the photo without the flair, don’t worry: All pictures taken with portrait mode can be reverted to normal. You can remove the effects simply by tapping the “Edit” option in the gallery.

Since portrait mode is only available for iPhone 7+/8+/X/XR/XS Max, there are other methods of replicating the same effects.

You can use this next method with any camera smartphone, not just an iPhone. By manipulating the physical conditions of the object, you can create tighter depth of field and a blurred background.

The illustration above shows how depth of field is manipulated with a simple shift of focus on the photo’s object. A ‘shallower’ photo can be created by physically moving closer to the subject of the photograph.

In the example below, you can see how a peach looks from afar. By moving the camera closer, the fruit becomes more of a focus, and the photo has more dimension.

Notice how instead of blending in as part of the background, the peach is now the center of attention.

Another way to manually change the depth of field is to use the “Focus and Lock” feature in your camera app. 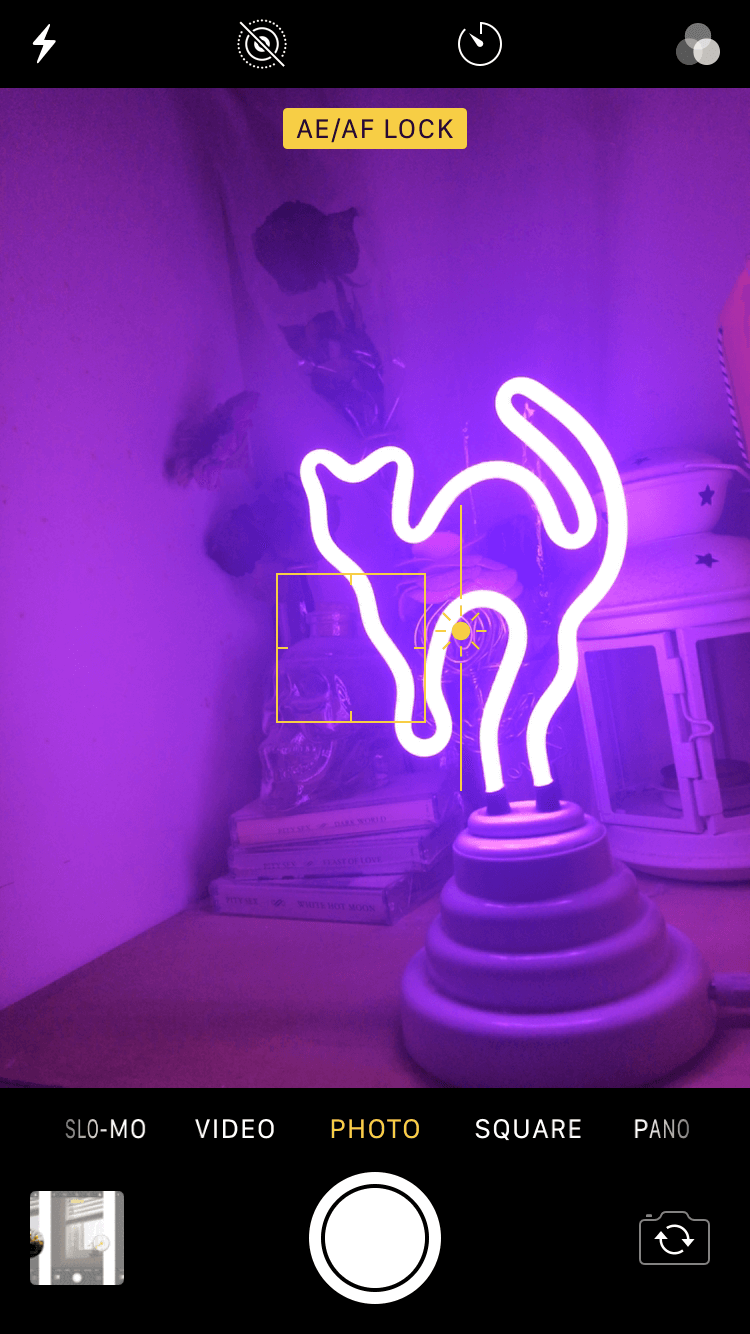 Where exactly do you find this feature? When launching the iPhone camera, tap on the part of the screen that you want to focus on and hold. The AE/AF Lock automatically comes up and makes the camera focus stay in position so that it no longer hovers on objects in the background. Tap on the button when you are ready to take your picture, and anywhere else on your screen to unlock the focus. You can also tweak the exposure by sliding up for brighter light, or down to darken your photo.

Even without the aid of portrait mode, you can easily create artificial depth of field.

If all else fails and you can’t seem to create a blurry background for your photos, there is another way. Many apps offer the same effects and they’re super simple to use. In this example, I’ll use Snapseed, which is free and available for both iOS and Android.

Load up your photograph by tapping the ‘Open’ option at the top of the app. Then, tap on ‘Tools.’ 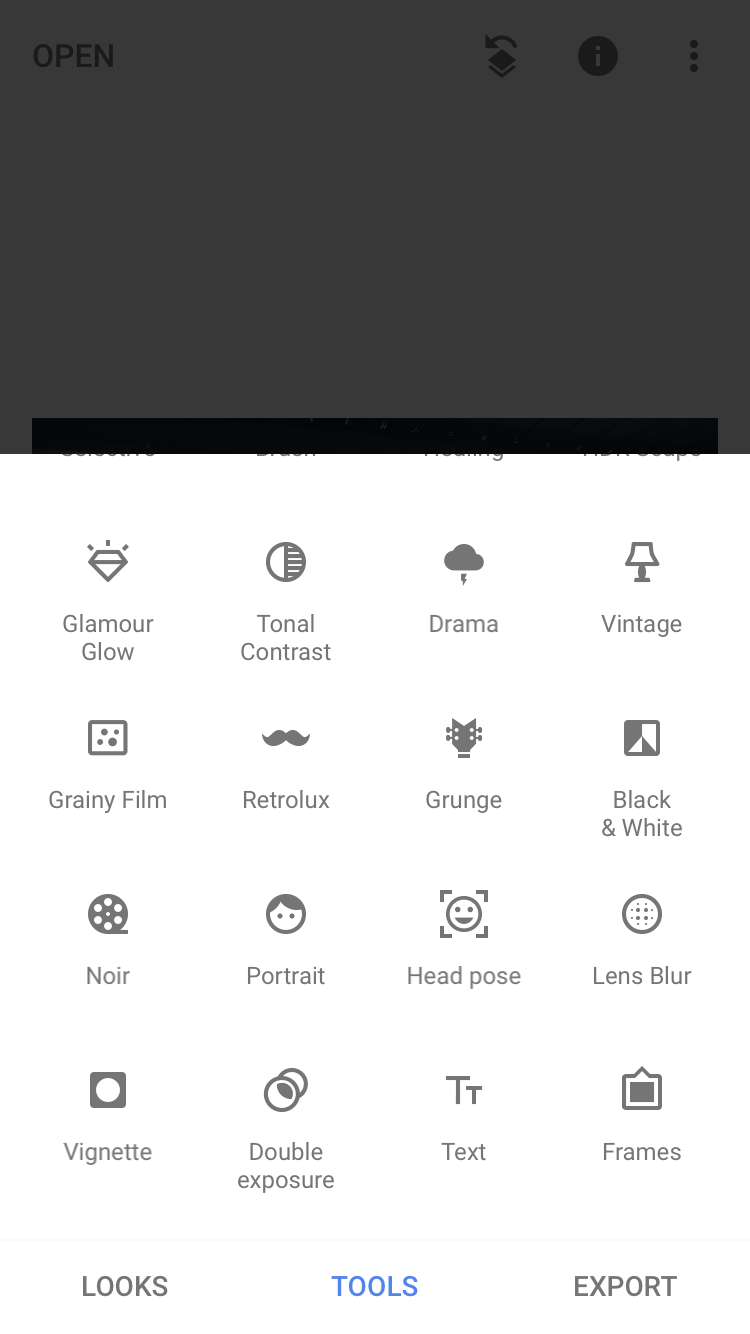 It will bring up this page on your screen. The option you’re looking for is ‘Portrait.’ 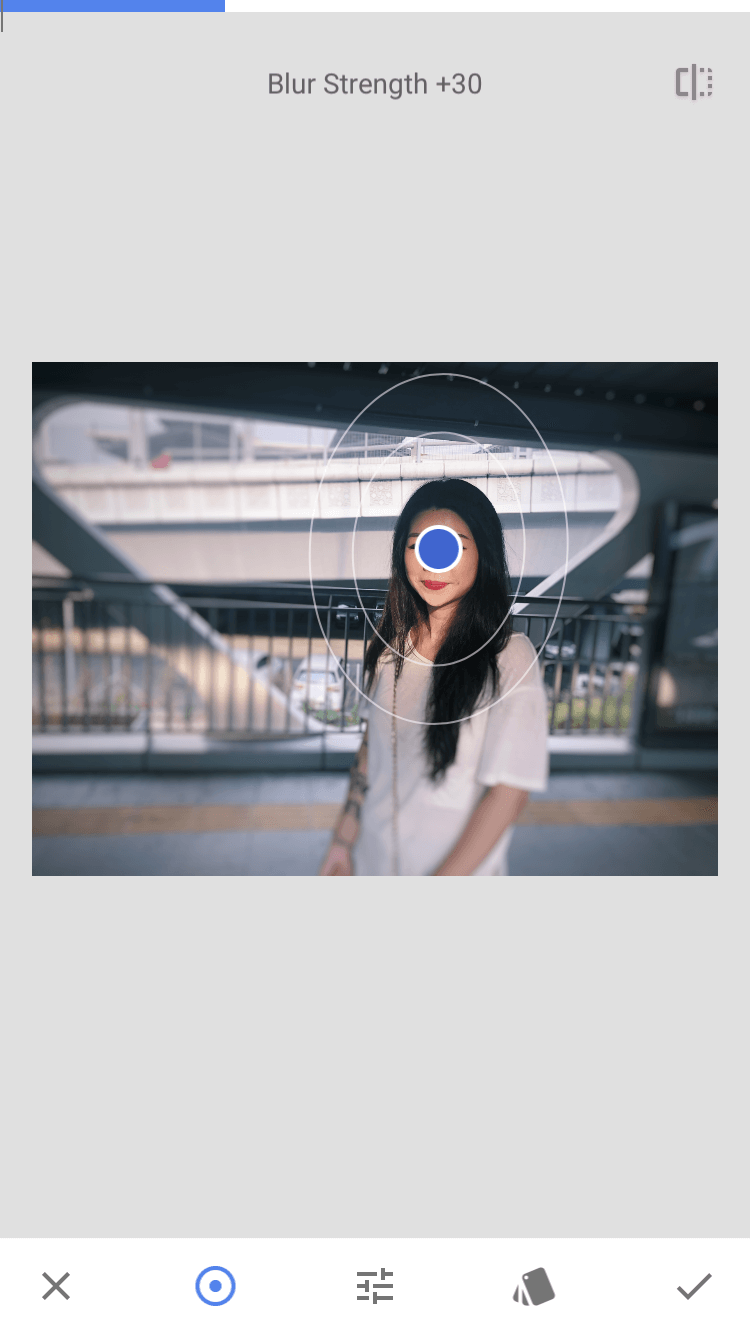 You’ll then see a large oval. The oval dictates your area of focus. It works similarly to the focus and lock mode on the camera. You can extend the oval to encompass a larger area of focus or make it smaller to zoom in on what you choose to focus on. 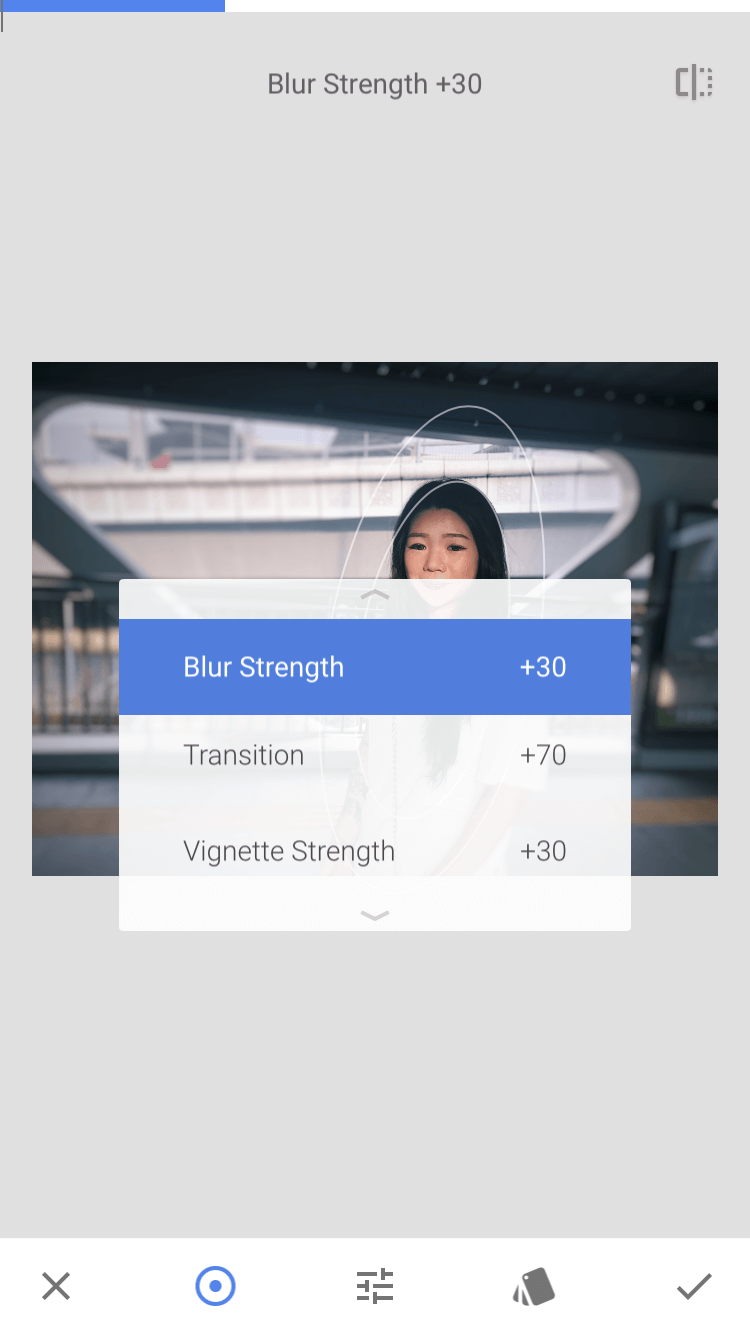 By sliding your screen up or down, there are further customizations available for editing the photo. Blur Strength decides how blurry you would like the background to be, and Transition refers to the space between your area of focus in the oval to the rest of the background. Transition helps your object of focus look less out of place with a blurry background. Vignette Strength edits the amount of darkness you would like to have surrounding the edge of the four corners of your photograph. 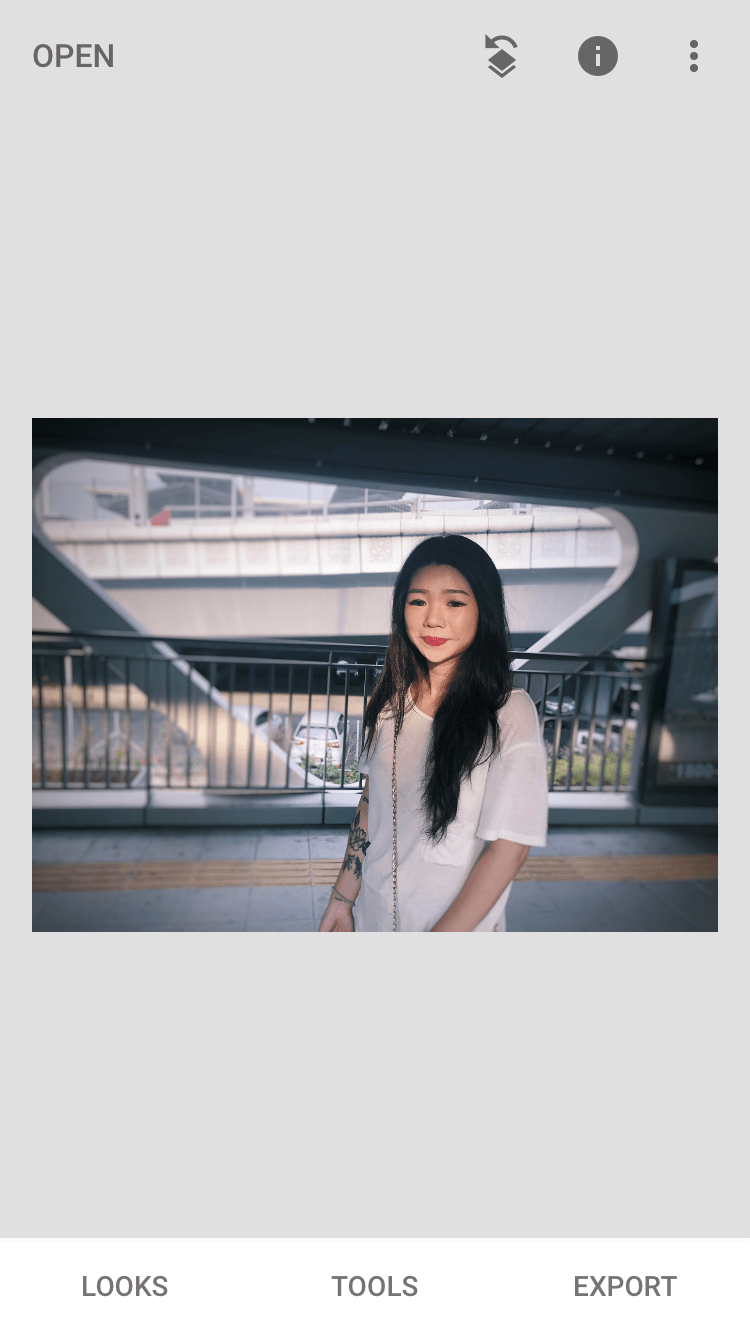 With the settings above, this is how my photograph turned out. Below is a side-by-side comparison of how it looked before and after editing. Taking your photos in the daytime with some sunlight provides optimal lighting as well. Having light on your object of focus helps to heighten the dynamics of the picture. 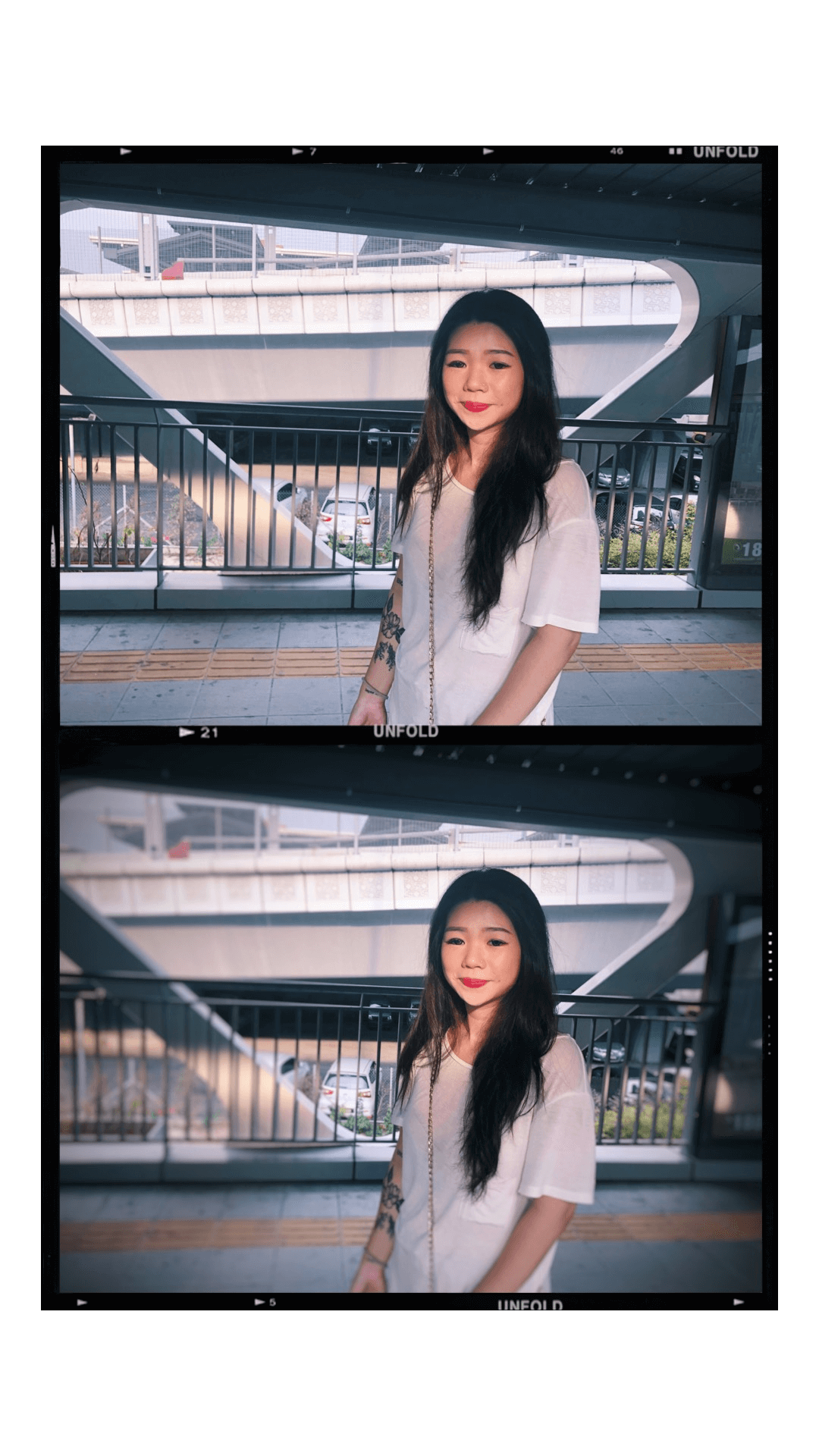 There are other similar apps for editing portraits such as AfterFocus and BlurEffect that offer background-blurring functions. If you have tried any of these such apps, feel free to share your thoughts on them below!

Learning how to take good photos can be a tricky thing, but there are many ways of making a picture pop with a few tips and edits. Now, with these simple steps, even your grandma can take nice photos for you. Thank you for reading and I hope you found this article helpful!