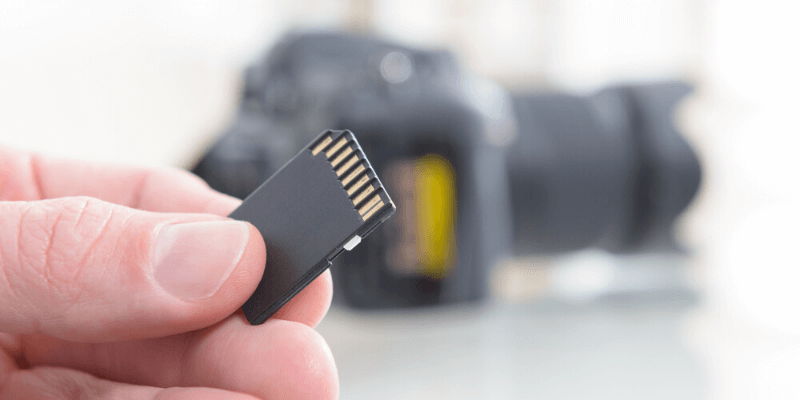 You’ve shot hundreds of photos of an important trip or big event, but when you go to load those images onto your computer, an error message pops up:

“The memory card is not formatted. Do you want to format it now?”

How does a functioning memory card suddenly become unformatted? And even more importantly, how can you recover your data when the computer says that the memory card is not formatted?

The issue is, unfortunately, a common one. When the memory card becomes corrupted, the computer and often even the camera the images were shot on won’t read the images anymore. While formatting an empty card is no big deal, often, the error message pops up when there are already images on the card.

But, the data can often be recovered — here’s why it happens, how to prevent it and how to recover those images when you see that SD card error.

Memory card format errors often occur because the writing process was either interrupted or corrupted. The files that a computer or camera needs to read or write files properly are lost, making the card inaccessible without a reformat. The error often pops up after:

While identifying what went wrong will help avoid the issue the next time around, that won’t help you with the current data on your card. While you can’t read the files in your computer, there may still be a way to recover the files — here are a few steps that hopefully will solve your problem.

SD cards have a switch on the side that will prevent you from overwriting the data. That’s a great feature to prevent accidentally clearing a memory card that you haven’t uploaded yet, but most don’t even realize the switch is there. If the write protection switch on the side of the card was bumped, you could get that card error. Check and make sure that’s not what happened to you.

Step 3: Take Your SD Card into a Camera or Electronics Store

A camera or electronics store may have the tech to read that corrupted card. Some consumers have said they were able to recover all their data by taking the card into a local store. While the possibility of recovering your data depends on several factors, it’s certainly worth a shot.

Step 4: Use a Photo Recovery Software

With the “not formatted” memory card error, in most cases, your images are still there, your computer just can’t read them. A photo recovery software can serve as the go-between, finding and repairing the files on your memory card so that your computer can access them. Recovery software works well for media cards that were pulled out of a camera or computer too soon, used in multiple devices, or formatted on a computer, but software can sometimes pull information from damaged cards too.

There are several different options for such recovery software, but we like Stellar Photo Recovery because it’s a comprehensive yet simple program. The software is free to try out — you only need to purchase the full version if the program can actually recover files. The program, available for both Windows and macOS, can scan a memory card with a format error and often fix the corruption to recover files — or even recover files off cards that have already been formatted.

Once the software downloads, you’ll select the SD card drive then click scan to see what images can be recovered. The process is pretty straightforward.

Data loss is devastating no matter what the cause is, but recovering files after a memory card format error message is often possible. Start by ensuring the write protection switch is off, then try using a USB cable connected to the camera to read the card. You can also take the card into a camera or electronics store. If that doesn’t help you to access your files, you’ll need a specialty photo recovery software that can read the corrupted card.

Fixed your SD card error? Let us know how you recovered your files in the comments below!