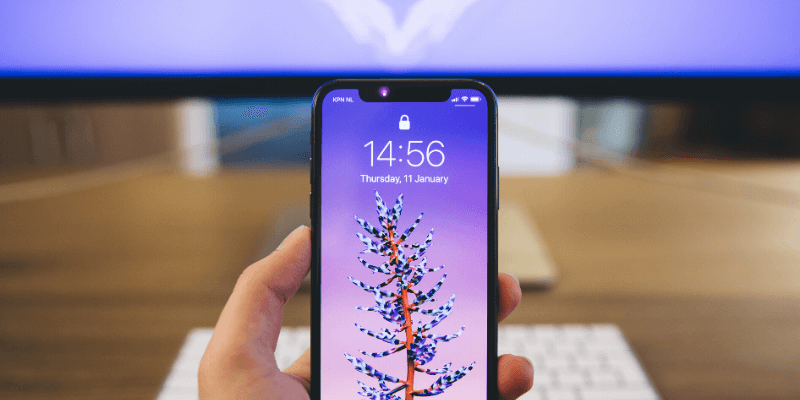 For those of you ever used a computer, you know there is a recycling feature to hold items you delete. For Windows PCs, it’s called Recycle Bin. For Mac machines, it’s Trash.

How about iPhones that run Apple iOS mobile operating system? Is there an app that recycles files you attempt to remove? How can you permanently remove items to free up space hoping to fix the iPhone storage almost full warning?

That’s what I’m going to cover in this article. I’ll show you everything you need to know about iPhone trash: including detailed instructions on how to find it or empty it.

Note: the guide below should apply to all iPhone models as long as your iPhone is running under iOS 10 or above (find out by tapping Settings > General > Software Update). You may find screenshots below different if your iPhone is with a newer iOS version.

Where is Trash on iPhone?

Well, the answer is — there is NOT a Trash app an iPhone. It might be a bit surprising for those of you who are new to the iOS world.

Personally, I believe there is a plausible reason why modern mobile phones don’t provide this feature. My hunch is when users want to delete something, they mean to remove it for good.

But There’s A “Recently Deleted” Folder

Many users don’t know the trick. In iOS 10 (more precisely, since iOS 8), Apple has added a new feature called “Recently Deleted”, and it has been built into several apps like Photos, Notes, etc. The primary function of this feature is very much like Recycle Bin on a computer.

The only difference is that “Recently Deleted” only keeps items for up to 40 days. In other words, in day 41 your iPhone will automatically delete items stored in this folder — just like you emptying Recycle Bin on your computer.

How to Delete Apps You Don’t Need?

For those of you who are new to iOS, deleting apps you no longer need is quite easy. Just tap on an app for two seconds until the background dims out and you’ll see the “Delete App” option. Tap on this option and you’re all set. 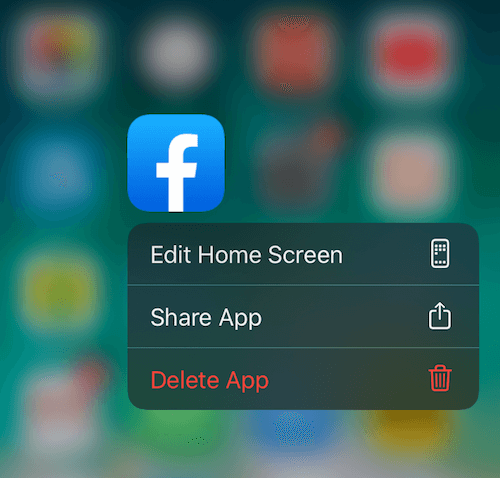 Note: there is no way to recover apps you’ve already removed. Once you delete them, they are gone permanently. To get them back, you’ll have to visit the App Store to re-download them.

The process is quite simple thus I’m not showing you how to do here.

How to Empty “Trash” on Photos App?

As I said, the feature on the Photos app is actually “Recently Deleted”.

How to find it? Open Photos, tap on Albums, scroll down a bit until you see this trashcan icon square named “Recently Deleted” (see the screenshot below).

Tap on it, now you’ll see those photos (or videos) you’ve erased, together with remaining days iOS is going to keep them for.

If you can’t find pictures and videos you removed, they must have passed the 40-day grace period and got emptied already.

If you want to free up more storage space, be sure to select the media files and hit the “Delete All” option on the left corner.

Otherwise, they still occupy certain space. Some of you may not know this trick and wonder why space those photos take isn’t released even after they have been deleted.

The secret is this Recently Deleted folder.

Removed some items by mistake? It’s never too late to get them back. Check out this article how to recover deleted photos from iPhone for more.

How to Delete Emails on Mail App?

In case you are new to the Mail app in iOS, here’s how to permanently remove an email.

Step 1: Open the Mail app. Go to Inbox. If you want to get rid of multiple emails, tap “Edit” on the top right and select those items and hit “Delete” (as seen on the screenshot on the left).

To remove a particular email, you can either swipe right and tap the red icon (screenshot in the middle) or view this email and hit the “Trash” icon in the bottom (screenshot on the right).

Step 2: Now go back to Mailboxes. Tap on Trash, select all of the emails you want to permanently remove and hit “Delete.” That’s it. 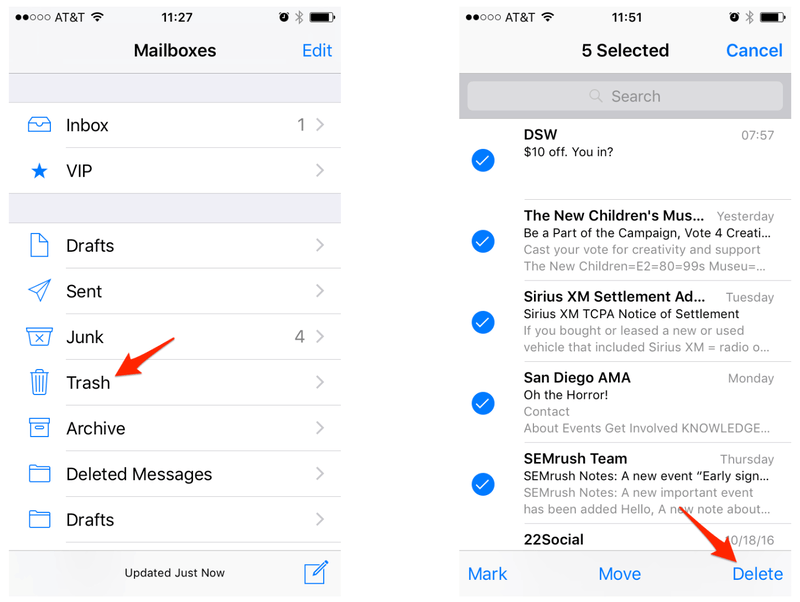 Well, I know, it can be quite time-consuming if you want to get rid of hundreds of emails. Unfortunately, there is no Delete All option on iOS 10.

If you use IMAP for your email (most likely you do), a better way to remove multiple emails is to log into your email account via a web browser. For example, if you use Gmail, go to Gmail.com.

That way it would be much easier to empty mailboxes in batch. And those emails will be instantly removed from your Mail app as well.

Accidentally erased some important emails? It might not be too late to retrieve them.

Pro tip: if your intent behind email deletion is to free up storage for your iPhone, another way that could help regain much space is by clearing offline email copies. You can do so simply by removing your email accounts and re-adding them. Check out the #8 tip from this post we have.

How to Permanently Delete Notes on the Notes App?

Similar to the Photos app, there is a “Recently Deleted” feature with Notes app too.

Once you select notes and tap to erase them (screenshot on the left), they will go to the Recently Deleted (as seen in the middle screenshot), tap on it and you’ll see a warning which says “Notes are permanently deleted after 30 days.”

Select them again and tap “Delete All.” 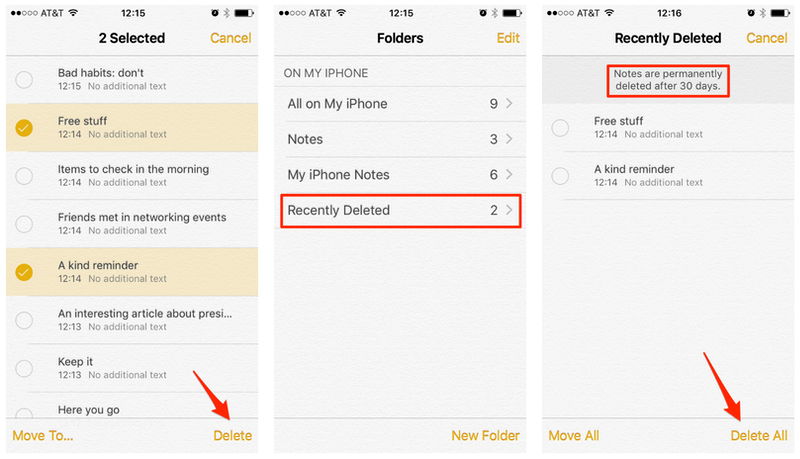 If you mistakenly removed some notes, see this article how to recover iPhone notes for step by step recovery instructions.

Unlike computers, iPhones and iPads don’t have a Trash app to recycle content you decide to remove.

Extra efforts may be needed to remove files or apps permanently. I hope you find this guide useful.

For those of you who are new to iOS, it might take a while for you to get used to iOS — which might feel totally different from other operating systems you’ve used.

To speed up the learning curve, take some time to read the manual. Anyway, welcome to the iOS world and happy using your iPhone.

18 thoughts on “How to Empty Trash on iPhone”