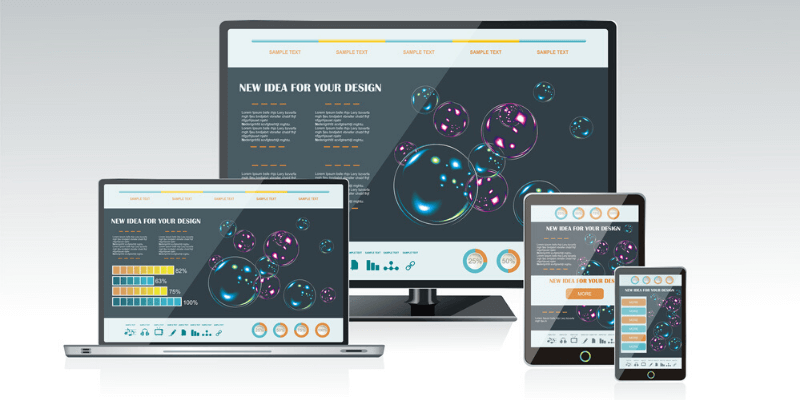 These days, just about everyone owns a computer in one way or another. The devices have transformed how we do work, entertain ourselves, and find information. However, they just don’t come in one form anymore. Rather, you can get a traditional desktop, laptop, or tablet.

Picking between those three options is by no means an easy task. Before you choose you must understand the pros and cons of each model and then look at how that drives your personal decision. This article will break down each model by covering both the good and the bad.

What is a Tablet?

A tablet, or tablet computer, is a flat-screened device that utilizes touch screen capabilities – originally performed by a stylus, and later by finger – for operating. It is mobile and runs on a charged battery, giving people an on-the-go option for work. While the tablet has been around in one way or another since the 1980s, in relation to desktop and laptop computers, it is the new kid on the block.

Many people think back to 2010 as their introduction to tablets thanks to the Apple iPad. However, the iPad wasn’t even Apple’s first attempt at a tablet. The first one that gained commercial success was in 1989. Then, Apple followed that up with its Apple Newton personal assistant tablet in 1993. Early tablets mainly focused on note-taking and calendars until the 21st century when they changed tablets into what we now know them as today.

The tablet can literally go anywhere you go. It fits easily inside any bag, or under your arm, and just simply isn’t as bulky as a laptop. From the beach to a coffee shop to your office desk, there are no limits to where a tablet can follow.

Need to check your email quickly? Want to remind yourself about when your next meeting is? A tablet works great for quick boot up in seconds, while a laptop takes more time. Add this factor with the portability of a tablet and you save time and effort every time you use it.

Let’s face it, tablets are slick, attractive machines. Not only are they thin and lightweight, but the screens are sharper and clearer than most laptops.

Typing for long periods of time using a touchscreen can be frustrating. Yes, there are tablets that offer keyboards, and you can always add that feature, but each new feature complicates the tablet’s simplicity.

Tablets are “in”, which means their popularity tends to be accompanied by a hefty price tag.

What is a Laptop?

A laptop is a smaller, more mobile computer than a traditional desktop PC. The laptop utilizes what is called a “clamshell” shape that opens during use and closes when it’s put away. This helps protect the screen and keyboard through a sturdy outer shell. The idea of the laptop was to make computers more portable, although the first few models weighed around 25 pounds.

In 1981, consumers saw the brainchild of the first laptop in the Osborne 1, which was then followed the next year by the Epson HX-20. From there, the devices continued to evolve into what we have today, but it took several years to come into the modern design. The first truly mobile laptop that weighed less than 5 pounds was the NEC UltraLite.

Portability is a plus for both laptops and tablets and, while a laptop is still bulkier than a tablet, the idea of portability is a driving factor behind this device. You probably won’t be throwing it under your arm, but with the right bag the laptop can go virtually anywhere you need it to.

Laptops are quite lightweight, and their performance doesn’t suffer due to the comparable size difference between them and a desktop.

Your laptop can either be hard-wired for internet access or utilized through wifi in seconds. This plus makes laptops more mobile and accessible than its desktop counterpart.

If you’re doing work on the go, you need a laptop with a solid lifespan. Most laptops can last you at least ten hours before having to be recharged. If your battery completely loses power, there are several options for getting a brand new one.

You get a lot out of your laptop, but you will be paying top dollar for a high-quality machine.

You will be inundated with upgrades for your laptop because they become outdated very quickly. You don’t always have to upgrade the first time you see a notification, but your performance could suffer.

What is a Desktop?

A desktop is a computer used at one stationary location, which is where it gets its name. There are several components to a desktop, including the computer tower that stores all of the machine’s power, hardware, and software, a keyboard and mouse for typing and navigation, and a monitor.

The earliest computer that took up an entire room which, until the introduction of the Datapoint 2200, was completely unattainable for most consumers. The first personal home computers were introduced in 1977 and were marketed as the computer for everyone as opposed to previous models that were solely for business.

Desktop computers grew in popularity during the ‘80s and ‘90s as they steadily became utilized by families for both work and play. The advent of the internet helped young people become more acquainted with computers. Not only for schoolwork, but to connect with the outside world through message boards and chat rooms. Gaming also played a big part in the growth and popularity of the desktop.

Desktops began declining in popularity once laptops and tablets and seeing more use.

Although a desktop will limit where you can use it, the price tag is refreshing after shopping for a new tablet or laptop. If you don’t mind being tethered to one room in the house, a desktop can save you some money.

You can add any component to a desktop because of the space it offers. This can allow you to change your everyday desktop into a faster, higher-performing device for gaming and entertainment through add-ons. Configuring your desktop to your exact specifications is a breeze.

Desktops are not only heavy, but they contain many parts that make it impossible to move quickly. With its reliance on a power cord, you won’t be bringing your desktop out to the pool anytime soon. You also need more space for a desktop, including furniture to place it on. Be prepared to use a lot of room for its setup.

As your desktop is constantly plugged in and using energy from your home, you will be paying more in power costs to keep it running. If you use it frequently, as a gamer, or if you work from home, you could see your power bill skyrocket.

Every electronic device has certain pluses and minuses. They all serve different purposes and, while the ones in this guide do overlap from time to time, you aren’t going to find a single machine that can give you all of the benefits of a tablet, laptop, and desktop computer. The key is to take inventory of what you plan on using your device for and see what matches that in the most accurate way.

Would you choose a tablet, laptop, or desktop to accomplish all of your computer needs? Let us know more in the comments!