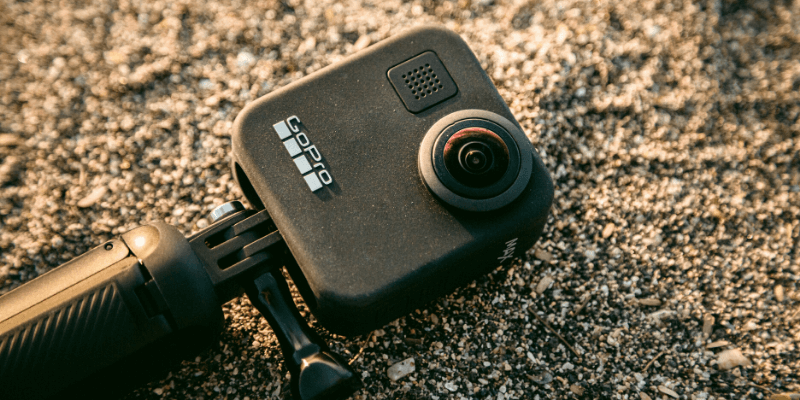 While you may not have eyes in the back of your head, some modern cameras do. The 360-degree models can capture views from a range of different angles, even the ones you can’t see yourself, by using two or more lenses placed back to back.

That setup allows you to capture action like a sports game from all directions, stage a room you want to rent so that the viewer is standing in the middle, or timelapse the creation of a large project without worrying what might be out of frame. It’s a truly immersive photography experience.

Who Should Get This

360 degree content, though still rare, has become more accessible thanks to the rise of virtual reality like Oculus Rift and HTC Vive. Most people only experience the technology while touring virtual apartments or experimenting with a friend’s headset, but these cameras are very accessible and a great option for anyone who wants to experiment with a new type of photography.

Alternatively, the devices are a great fit for professionals like real estate agents, hikers, or artists because they can be used to capture things from all angles and provide dimensions you don’t normally find in a flat image.

Best 360 Camera for Photos: What to Consider

While many cameras boast HD recording, you’re actually going to want something closer to 4K (or above). That’s because when you’re filming or shooting in 360 degrees the expansive, wide shot will bring down the quality. 4k video helps overcome that.

Though some cameras come with awesome features, many only work for iPhone while others are only for Android. You never want to get one that doesn’t work for your devices. Always check that a camera has good app support for both platforms. Make sure you can connect your camera to your computer as well.

There will be times where you shoot a 360 shot but only want to use one specific angle instead of the whole picture. In order to do that, the camera you pick must support reframing. That process lets you pick exactly what parts to keep and remove. You should also look for other editing related features like automatic stitching, auto-stabilization, and app/program support.

A great camera to get you started in the world of 3D photos and videos, the Ricoh Theta has a lot to offer. Available in four colors, it features the ability to shoot remotely using your phone, enjoy photos with a VR headset, and has a dedicated app for photo and video editing.

With its stunning ability to shoot 5.7K video and 18MP photos, the insta360 CINONEX is a 360-degree camera that won’t let you down. It has a compact profile and can shoot up to 50FPS. It also supports several kinds of unique shots, such as drifting, slow-mo, and hyper-lapse.

GoPro is a well-known brand, and their take on the 360 degree camera shows why. To start, it’s water-proof and has a built-in screen so you can easily see the shot you’re framing. It also has built-in microphones and the ability to prioritize sound from a certain angle (shotgun mic performance). Overall, the 5.6k video resolution and 16.6MP photos will more than satisfy you, especially when combined with all of this camera’s other features.

Using a 360-degree camera is not always easy. Many conventions, even something as simple as standing behind the camera to avoid being in the shot, don’t apply to the devices. That can make it hard to first adjust. This video goes over some great starter tips and recommendations.

Additionally, if you’re interested in shooting 360 videos to use with a VR headset, this article from Hackernoon makes some great points for keeping your viewer from getting motion sick and avoiding “portals” caused by bad stitching.

Lastly, when you purchase your camera, make sure to get a large SD card as well. These videos and photos are notorious for taking up massive amounts of storage, and it always sucks to run out of space mid-shoot.

360 cameras are a fun way to experiment with photography and try something completely new. They are also a great way to showcase your talents. It doesn’t matter if you’re capturing an art piece that encompasses a whole room, action shots from your sport of choice, or whatever else you can dream up, the devices will allow you to photograph the world in a whole new way.

Have you used a 360 camera? If so, what is your favorite model? Let us know in the comments below!